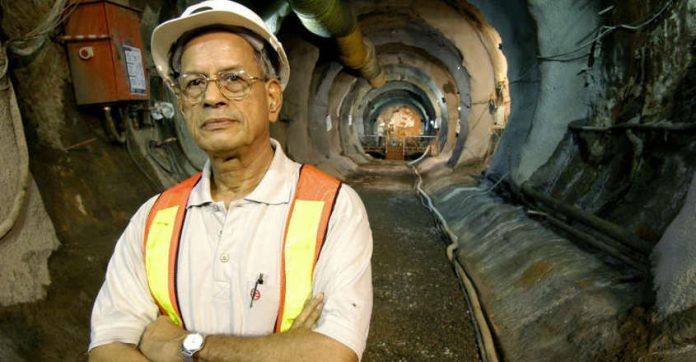 NEW DELHI (Metro Rail News): Former Delhi Metro chief E. Sreedharan, well know as Metro man for his contribution towards setting up the Delhi Metro, has written letter to Prime Minister Narendra Modi asking him not to agree to The Aam Aadmi Party government in Delhi had recently announced its decision to give free travel facility to women passengers on buses and Metro trains.

He wrote in his letter of June 10, The Aam Aadmi Party government in Delhi had recently announced its decision to give free travel facility to women passengers on buses and Metro trains. One shareholder cannot take a unilateral decision to give concession to one section of the community and push Delhi Metro into inefficiency and bankruptcy.

He wrote the letter on June 10 in which he stated” One shareholder cannot take a unilateral decision to give concession to one section of the community and push Delhi Metro into inefficiency and bankruptcy,” Mr. Sreedharan wrote that “Sir, when the first section of the Delhi Metro was to be opened, I had taken a firm and conscious decision that no one would be given any travel concession on Delhi Metro. This stand was taken to maximize revenues so that Metro fares could be kept low so as to be affordable to ordinary citizens…” and at the same time, Metro would make sufficient operational excess to pay back loans taken from JICA.

He recalled that the then Prime Minister Atal Bihari Vajpayee bought a ticket for himself when he went to inaugurate the first section of the Metro on December 23, 2002. Mr. Sreedharan stated in his letter that the argument of Delhi Govt that the revenue losses would be reimbursed to Delhi Metro Rail Corporation is a poor solace. The amount will go on increasing as the Metro network expands and with further fare hikes on the Metro. Now, if ladies are to be given free travel concession in Delhi Metro, it would set alarming precedence for all other Metros in the country.

Other sections of commuters, including the “more deserving” like students, the disabled and senior citizens, as well as other Metros in the country would raise similar demands if Delhi’s proposal for free travel for women becomes a reality, he wrote.