Metro in general words can be said to be a massive urban railway project interconnecting every fringe of the city. Metros have been a very successful means of urban transport in India. Since its inception in 1984, hundreds of kilometres of metro corridors have been commissioned in 13 Indian cities. Lakhs of crores have been spent to make the Indian metro project successful. Observing the success of the metro railway in big cities, smaller cities also started seeking permission to construct metros from GOI. Most Indian Metro Rails are heavy capacity rapid transit systems.

Hence, the government of India recently came up with a solution to resolve this problem. The solution was seen as the introduction of Metrolite, which in simple words can be stated to be a new means of transport system which is neither a tram nor a metro but encompasses the feature of both the transport systems. Metrolite can carry a greater number of passengers than a tram but lesser than a metro. Now the concept is to lay tracks at grades following the city roads just like trams. But, the tracks should have a dedicated path that is separated from the road traffic. Proper fencing should be done to ensure that no obstruction comes in the way of the trains. It is also mandatory for Metrolites to run on the surface as far as possible. If it’s not possible at all to run trains at grades then only the trains can climb up elevated tracks or path.

The mention intention to build metrolite instead of the metro is to save cost. Metros are too costly to be constructed and it’s mandatory to run either on elevated tracks or underground.
buy viagra oral jelly online no prescription

But, laying tracks on the road level doesn’t require huge amounts of money. It is a well-known fact. MetroLite trains are designed to make either of aluminum or stainless steel. Each train is 2.65 meters wide and possesses three coaches that are
permanently coupled with each other. The number of coaches can be increased as per requirement. Metrolite runs on 1435 mm standard gaze tracks and will have an overhead wire with 750 volts DC power supply.

Embedded third rails can also be used in metrolite. Each train will be able to carry 300 passengers at a time and shall run at a maximum speed of 60 km/hr. The Communication-based train control or CBTC signaling system and automatic train protection with a grade of Automation-1 will be used to provide better passenger safety. CBTC is fully automated and provides better safety and accuracy in terms of frequency and service. Construction of metrolite has to be cheaper than the construction of metro rails. So, the extra utilities from the civil structures are removed in metrolite transportation system. We often see that the elevated stations of metro rail have at least two floors.

The first floor or the concourse has ticket counters, AFC gates, Offices, all electrical equipment, etc. whereas, the second floor has platforms and tracks. But, in the case of metrolite, no concourse will be built. The single floor has it all. The platforms, the tracks, and the ticket counters. Elevated stations also possess a foot underbridge (min 5.5mtrs above the road) and underneath the platform to cross the tracks. The same foot underbridge shall also be used by general passengers to cross the roads. Metrolite shall not have automatic fare collection gates, platform screen doors, and extra baggage scanning machines like there are in metros. The metrolite transport system is successfully operationalized through random ticket checking throughout the day with imposing a heavy penalty on passengers traveling without tickets.

Al track stations shall be built on the roads. If built on roads minimum road space occupied by the metrolite stations should be 8.5 meters. The stations must have a minimum platform width of 1.12 meters and a maximum 12mtr length of the platform will have a shed to protect the passengers from the rain. The trains in a metrolite system are usually
very small and narrow. The tracks will have a radius of curvature of just 25 meters. Therefore, the metrolite depots shall also be very small in size compared to the metro. The concept of metrolite is to resolve transport problems in various small Indian cities. It is estimated that by the year 2025 – 2030 at least 50 cities in India would get metrolite which as per the feasibility study cannot have a metro or already has a metro.

The cities which already have a metro network can also have metrolite. In such cases, metrolite would act as feathers added to the metro railway. Recently, projects like Chandigarh Metro was rejected as it did not comply to the standards of metro rail policy-2017. The metro rail policy-2017 in India decides whether a city or a locality is eligible to have a metro rail or not? But, smaller cities that do not qualify for metro rail must have something like metro. That is why metrolite is being introduced in these cities. In foreign countries, this metrolite concept is already in operation in the name of light rapid transit or LRT. The LRT system which recently is into operation has become increasingly popular in most foreign countries where the roads are wide and have sufficient space.

However, in recent trends towards development in urban transportation Metro Neo has appeared as a better and cheaper mode of transportation as an alternative to the crowded urban transport system in India. It has been studied that while it costs Rs 222 crore per km to construct a conventional metro rail, Metro Lite, (which resembles more of a tramway) costs Rs 140 crore per km, and Metro Neo, which is more like an electric trolleybus, costs Rs 71 crore per km.

The other reasons for which Metro Neo has been advocated over Metro Lite are :

The Metro Neo system to be introduced in India shall have three coach sets, with each set 12 metres long and 2.5 metres wide with a floor height of 300-350mm. Made of stainless steel or aluminium, the coaches would not only be smaller but also lighter than Delhi Metro rakes. The average axle load would be around 10 tonnes instead of the usual 17 tonnes of Metro coaches.

The rubber-tyred MetroNeo coaches would run on road slabs, which could be elevated or at grade. When running at grade, Metro Neo would have a dedicated lane separating it from road traffic with the help of a plinth, fencing or kerbs. There would be an automatic train protection system with an anti-collision feature and predefined speed limit.

The stations, both at grade and elevated, would be simple structures with no automatic fare collection gates. X-Ray baggage screening, door frame metal detectors or other features associated with Delhi Metro. Metro Neo platforms would be simple, open and serve the functional requirement of exchange of passengers between the platform and the vehicle. Only bare minimum facilities like lighting, CCTV, public information system etc. has been provisioned to be provided.

Additionally, few other features of Metro Neo are as under:

It may be thus concluded that although Metrolite has been approved by a number of Indian cities and shown interest to be developed and started by many other cities in its periphery in parallel, it’s worth noting that DMRC (Delhi Metro Rail Corporation) recently has cancelled its tender for Metrolite project for the metropolitan area and has approved MetroNeo for its various feasible features.

It is hence, can be stated that the race between Metrolite and Metro Neo for becoming the most popular alternative for the problem of the crowded urban transportation system in India is into a state of transition and it would be a subject of a few years from now when we get an answer to it. But, it is worth mentioning that both Metrolite and Metro Neo transport systems are future centric transport systems that would be safe, reliable and clean and it would definitely support human’s effort to create a pollution-free, healthy and better environment and eco-system. 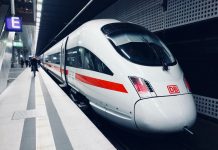 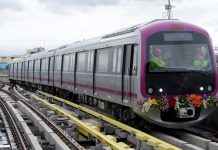 Namma Metro: The Metro in IT Capital of India developing Fast 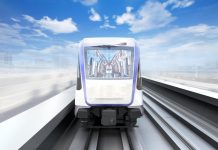 A project to build the city’s own metro system: Thane Metro