MUMBAI (Metro Rail News): Mumbai Metro Rail Corporation (MMRC) has received a remarkable response from various organizations to acquire rights to name stations on the Colaba-Bandra-SEEPZ Metro-3 corridor. In all 28 organizations have expressed their interest in naming rights, with many of them showing interest in multiple stations.

In all, 87 Expressions of Interest (EOIs) receives for 18 stations. Bandra-Kurla Complex Station, being the most meaningful business district in the city, was the most sought-after station with 12 EOIs. Dadar and Airport Terminal 2 stations were joint second, receiving 9 EOIs each; followed by Airport Terminal 1 and CSMT with 7 EOIs each.

This level of response confirms our view that organizations and businesses in Mumbai place a significant commercial value to a long-term association with the metro network. Given its high ridership and reach, the organizations appreciate the impact and visibility it provides.

“Non-fare revenue is critical for the sustainable operations of any transportation network, which helps keep passenger tariffs under check. Stations Naming Rights is a critical source contributing significantly to the overall of non-fare revenue. The response from various organization to the EOI has been encouraging,” said Ranjit Singh Deol, MD, MMRCL.

“The organizations will also benefit by naming stations and associating with a vital metro corridor which will change the way Mumbaikars travel today,” Deol added. 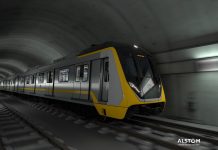