The MMRDA has floated tenders for spare parts of three passenger coaches and expects to award the contracts soon. The new addition of passenger coaches will help the MMRDA to run Monorail services at intervals of every 12 to 15 minutes.

Only four passenger in operation now, and services run at a frequency of 22 minutes. The services run for nearly 16 hours, from 6 a.m. to 10 p.m., which puts a lot of stress on the four rakes.

According to our , The passenger sent to the depot every afternoon for inspection to ensure that none of the parts of the rakes is overused and affects the frequency of services at peak hours.

“Once we have nine rakes, we will be able to spare two rakes and run seven, thus increasing the frequency. The first two are expected to be inducted by April.” A senior MMRDA official. Commercial operations on the entire corridor started on March 4 with the launch of the Monorail’s Phase 2, connecting Wadala to Jacob Circle.

The daily ridership of the service change through the week, but crossed the 30,000 on Sunday. MMRDA officials said the service could potentially carry nearly one lakh passengers every day, but ensuring frequency of services was a challenge.

A senior MMRDA official said, “The service will take some time to settle. We are watching commuter patterns and waiting for more rakes to be inducted.”

The MMRDA is also trying to procure 10 new passenger coaches and bids will be invited soon. The train coaches will take at least 12 to 15 months to be operational from the time of the order being placed. 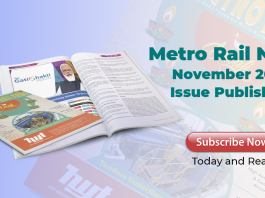 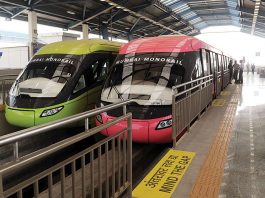