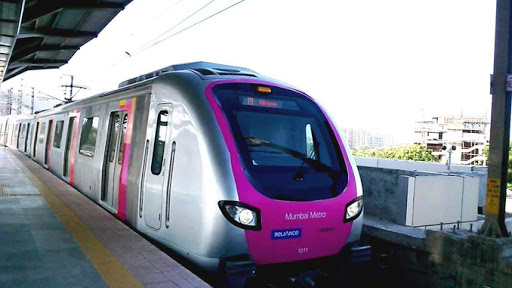 MUMBAI (Metro Rail News): Even though three Metro lines are listed for operations in 2020-21, they face a difficulty which may delay the plan – Not even single of them have car sheds depot, a vital component to getting the project off the ground. The three lines are part of the ambitious project to get 13 Metro lines for the Mumbai Metropolitan Region (MMR) by 2026.

The Mumbai Metropolitan Region Development Authority (MMRDA) is looking at constructing line 2A (Dahisar-DN Nagar) and line 7 (Dahisar E-Andheri E) operational by the end of 2020, whereas the Mumbai Metro Rail Corporation (MMRC) is looking at constructing the first phase (Bandra-Kurla Complex-Aarey) of the underground Metro-3 (Colaba-Bandra-Seepz) corridor operational by December 2021.

The MMRC, on its website, describes the depot as a “mandatory and essential facility for smooth operations of any metro system where all metro trains rest during non-working hours. It is in the car depot that the trains can be washed, cleaned, repaired and maintained. It is the starting point for train operations every day”.

An official from MMRDA said while the authority will look for contractors to complete the depot works and take up portions of 2B, which were also awarded to the same contractor, the process will have a cascading effect on the work. “Delay is inevitable in such a situation. If we get contractors who are already working on other lines, too, the work will add to their burden. There can be procedural lapses also, for instance, if we get bids from only one contractor, then the whole process has to be repeated,” the official said.

The time limits for the three lines have already been altered in the past. The earlier Devendra Fadnavis-led BJP government had set December 2019 as the deadline to initiate operations of line 2A and 7, where phase-1 of Metro-3 was earlier scheduled for June 2021.