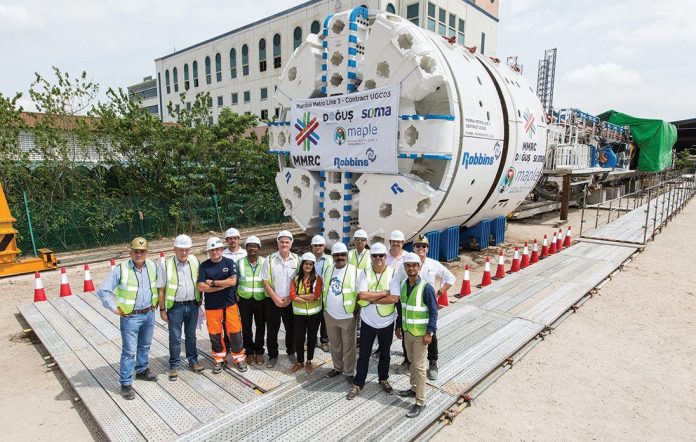 Mumbai: The Mumbai Metro Rail Corporation (MMRC) has designed a comprehensive plan to dig below, while allying fears that vibrations caused by work can affect heritage and ruinous structures.

The Metro-3 corridor will pass through Colaba to SEEPZ (the Export Processing Zone of Santacruz Electronics, a special economic zone), making stops at 27 stations, of which 26 will be underground.

Some activists and representatives of citizens have expressed concern for the safety and sustainability of old and heritage buildings since construction began.

Statements received from the concerned officials-

1.About 1,500 families affected by the project have been displaced and a workforce of 7,600, including qualified and unskilled, is at work. (The state agency that implements the project).

2. Best tested and internationally tested technologies are being used and, therefore, that question does not arise.More than 20 types of monitoring tools, tested and tested internationally, have been pressed to ensure the longevity and safety of buildings on the way.The vibrations caused during the piloting work are measured and recorded regularly with advanced instruments. The records show that the vibration levels are even less than a quarter of the permitted safety limits allowed for heritage or weak buildings.Underlining the security measures adopted by the MMRC. We have identified the areas that fall into the 50-meter stretch on both sides of the route alignment and classify them into various levels of strengths. The company has hired the best available design consultants who are expanding their professional experience to contractors. This Metro will decrease the growing burden on the local rail, which unfortunately leads to thousands of deaths each year due to overpopulation, and this will eventually change the rules of the game in terms of the transportation scenario in the country. (Ashwini Bhide, Managing Director, MMRC).

Attractive activists and other interested parties to cooperate in the execution of the project, said that Metro services help reduce carbon footprint and pollution, and constitute the most ecological mass public transport system.

Delhi-Meerut Rapid Rail to be Operational From 2023: Vinay Kumar Singh