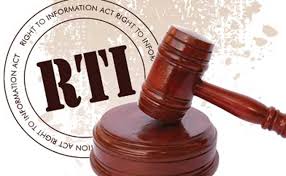 Mumbai: Although Mumbai Metro One came under the Right to Information Act over two-and-a-half months ago, it is yet to voluntarily disclose information to the public.

As per section 4 of the RTI Act, 2005, a public authority is supposed to disclose information voluntarily to the public, which several other bodies, to which the RTI is applicable, have done.

Section 4 (2) of the Act reads, “It shall be a constant endeavour of every public authority to take steps in accordance with the requirements of clause (b) of sub-section (1) to provide as much information suo motu to the public at regular intervals through various means of communications, including internet, so that the public have minimum resort to the use of this Act to obtain information.”

In the last one year, a campaign urging for transparency in the functioning of Mumbai Metro through sharing of information under the RTI Act as run extensively by various individuals and voluntary organisations.  Mumbai Metro is yet to come out whether it has set an internal deadline for putting up information on its website, but the query has not yet been addressed.