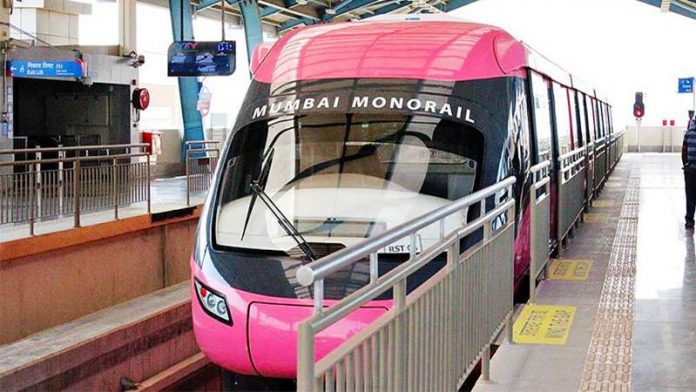 Mumbai:  The Mumbai Metropolitan Region Development Authority (MMRDA) approved rates of Mumbai Mono Rail on Friday. Now it is expected that the phase II of the Mono Rail project will start operating soon.

As Phase I of Chembur to Wadala was hit by poor ridership of just 17,000 per day, MMRDA expects it to improve after Phase II, from Wadala to Sant Gadge Maharaj Chowk, begins operations. However, transport experts have expressed concern that higher fares may further deter travelers from using the monorail.

2. “With the increase in rates, the monorail will be converted exclusively for those who can afford it. The monorail connects areas that are currently inhabited by middle class or lower middle class people and may not be able to afford it, leaving them with the only alternative alternative The best buses show that the government’s priority is not the masses, but only those that are reasonably well, Metros and monorails are given more importance for Mumbai to appear as a world-class city, while most travelers do not they can afford them, ” said Sudhir Badami, a transport expert.

3. The shortage of rakes has affected monorail services. While 10 rakes are available, phase I was operating with only four rakes since the others did not work. Phase II is also configured to start operating with only six rakes. “This means that they can only transport between 6,000 and 7,000 passengers per hour, compared to the 20,000 advertised per hour, if they have to transport more passengers, they will have to increase the number of rakes,” said Badami.

Another expert, who did not want to be identified, said the rate increase might not be a bad idea, but it could have been delayed. “While we all expect the number of passengers to improve once Phase II begins, it’s not going to be a phenomenal increase.” Therefore, services could have started with low rates and, once it became popular, rates could increase. Anyway, they are ma-king losses that could stand for a while longer, “he said.

4. Two monorail coaches were destroyed in a fire on November 9 and since then the services of phase I have also been stopped. They are likely to resume only with phase II operations. “The fire has also damaged its credibility and many travelers will now think twice about taking the train, it’s not like the suburban rail service where people have no other alternative, it’s just an expensive toy train for which people have alternatives However, if they manage to provide a good service, it is likely that people forget the incident and opt for the monorail, “he said. However, MMRDA believes that higher fares will not affect the number of passengers. “The low fares were to encourage travelers to switch to public transport, but people now understand the value of public transport and will continue to use it,” said Madan.