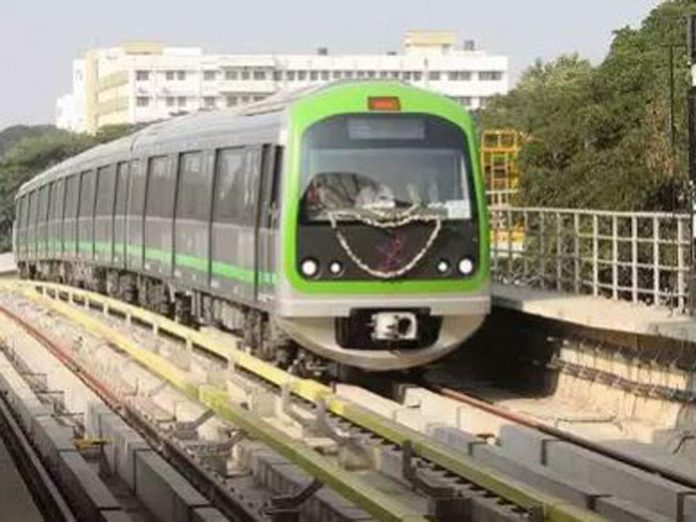 During traffic hour frequency is 4 minutes and for non-traffic hours, it’s 10 minutes, in existing corridors. The distance-to-go signalling system is used at present, in which the minimum time between two trains is two-and-a-half minutes.

“The newer standalone lines like Electronics City, IIMB and ORR-airport are being designed for CBTC from the beginning,” BMRCL managing director Ajay Seth said.
Communications-based train control can train headway to less than 90 seconds.“The present signalling system can handle three minutes’ frequency. With CBTC, two-minute frequency is feasible, but reducing it to 1.5 minutes will require other operational improvements. Frequency doesn’t depend only on signalling, but also civil design, location of turn backs and length of underground sections,” he stated.

Bangalore Metro Rail Corporation Limited is also planning to upgrade the signalling system of the current Purple and Green lines. “The present systems are designed for 120-second frequency. Upgradation of existing lines will be necessary after 10 years once the ridership reaches 40,000 passengers per hour per direction (PPHPD). At present, it’s about 22,500,” Seth detailed.

It is stated by officials that repetition of trains will depend on actual requirement and Phase-2 platform lengths will be designed to accommodate only 6 car trains. The highest length will be 150 metres for elevated stations and 192m (platform and system rooms) for underground stations.

The state-of-the-art signalling system has already been implemented in new Metro systems in Kochi and Nagpur. Whereas RV Road-Bommasandra (Electronics City) line will be running by November 2021, the additional two corridors Gottige-Nagawara (IIMB) and Silk Board-KR Puram-Kempegowda International Airport (ORR-airport) will be operational by 2024.

“CBTC allows operation of trains without drivers but people are not ready to accept driverless trains. We have to instil confidence in passengers,” said an official. CBTC will assist maintain a safe distance between the trains with the help of sensors on the route and other systems.