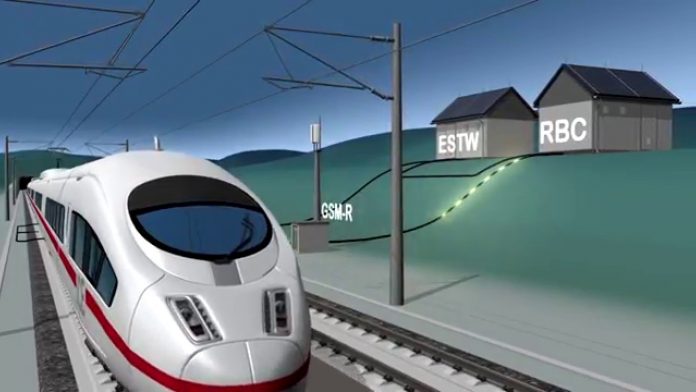 GHAZIABAD (Metro Rail News): The National Capital Region Transport Corporation (NCRTC) is working on introducing of the latest European System which will enable in controlling trains more accurately than the present system on which the Indian railway system is running.

“The existing system can track the train’s position when it is running on its top speed of 100 kilometers per hour. The latest European System is capable to reflect train’s accurate position up to 160 km per hour and even above per kilometer speed.” Said NCRTC Spokesperson Sudhir Sharma.

“Through this device, the NCRTC is capable of providing accurate movement position of the train in 90-second frequency on this corridor. However, the footfall of the passengers will decide on which frequency trains would run in the future. At present NCRTC has decided to run the train in five-minute frequency on Sahibabad to Duhai patch”, Sharma added.

Duhai onwards, the trains will run be at the 10-minute frequency as less footfall is expected in this corridor. NCRTC has the wherewithal to run trains in varied frequency from seconds to minutes without any error.

In the latest budget Rs. 30,270 Crore has been allocated for the ambitious Delhi-Meerut corridor of NCRTC which is expected to be operational in 2023. The NCRTC has made a plan, considering the growing population in the National Capital Region (NCR), by constructing three main corridors in three phases- Delhi-Meerut, Delhi- Alwar, and Delhi- Panipat corridors in coming 7 years with the estimated fund expenditure of an out a lakh Crore.

This NCRTC project is established by the Central Government with the equity participation of 50 percent of four states-Delhi, Haryana, Rajasthan and Uttar Pradesh with their 12.5 percent each which rest 50 percent shares are of Union Government. The first phase of Delhi-Meerut is progressing well and is expected to be operational first of the three corridors.