NEW DELHI (Metro Rail News): NCRTC is adopting state of art Automatic Fare Collection (AFC) system for the first RRTS corridor (Delhi- Ghaziabad- Meerut) of the country adopting some approaches that are first of its kind.  AFC system makes big difference in the way commuters travel in the modern transit system. The contactless way of entry/exit will be seamless, easy, comfortable, and quick. Taking a step ahead in this direction, NCRTC has adopted latest technology and innovative procurement method.

NCRTC is going for QR Code based ticketing (Digital QR & Paper QR) and EMV (Europay, Mastercard, Visa) Open Loop contactless card based on NCMC (National Common Mobility Card) standards. Thus, RRTS commuters will be able to use any NCMC card issued by any Metro or Transport Authority or Financial Institutions in the country. The system therefore will be fully Open Loop from the first day of operations.

A commuter will have option to use QR code tickets which can be generated digitally with the help of a NCRTC Mobile App or website. Paper QR tickets can be purchased from the Station Ticket Vending Machines and Ticket Office Machines for single journey between two stations.

NCRTC has invited bids under Government of India Make-In-Indiaguidelines in procuring this AFC system on Public Private Partnership (PPP). This bid is based on Hybrid Annuity Model (HAM) which will be first of its kind in the country for AFC systems. In this model, NCRTC has unbundled the task of System Integrator and Financial Institution. In other metros where the procurement was done through PPP model, a consortium of system integrator and financial institution used to carry out the work of installation of AFC system and issuance/acquiring of cards. In NCRTC, the system integrator will be selected first for installation activities and afterwards a financial institution will be selected for issuance and acquiring services.

NCRTC will be the first to implement 2 levels of AFC media validation: one at the concourse level and the second on the platform level. Platform level AFC gates will be provided for access to Executive Lounge for boarding the Business Class coach.

NCRTC’s Mobile App will facilitate the booking of digital QR Tickets, card recharge and other functionalities for commuters. The intent is to bring and attract more people to use public transport to minimize dependence on fossil fuel-based transportation. The implementation of NCMC will help in fulfilling the Government of India’s “One Nation, One Card” vision allowing usage of one NCMC card in all transit systems for intercity and intracity travel in the country. In addition, retail transactions will also be possible on this card. 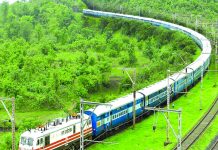 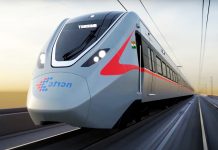