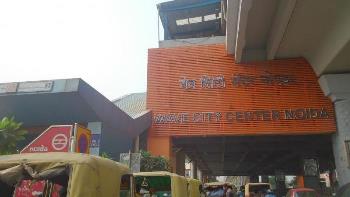 Noida: Officials of Delhi Metro Rail Corporation (DMRC) and Noida Metro Rail Corporation (NMRC) met on Tuesday to work out the modalities of the plan after having granted a nod to the seamless card integration for the 29km Noida-Greater Noida corridor last week. Officials say while the technical aspects of the concept have been resolved, the plan is yet to be fine-tuned.

NMRC officials told TOI that senior officials of DMRC including executive director (S&T) Prashant Rao participated in the meeting. Under the seamless card integration plan, a passenger will be able to avail of Metro rail, city bus and other transport facilities with just a single token or smart card. “The card or token will be valid for both Delhi and Noida, Greater Noida cities,” said a senior NMRC official. Officials also studied a similar plan being used by the Kochi Metro.
“However, the Kochi Metro is a closed loop just like Delhi Metro and we want it to be an open loop so that the card or token is also used in food courts and Metro stations, etc,” the official said. The fare collection system of NMRC will be integrated with that of Delhi Metro for the convenience of the travelling public.
Daily Updates from Metro & Railway