NEW Delhi (Metro Rail News): The Regional Rapid Transit System (RRTS) project has started taking shape with the NCR Transport Corporation (NCRTC) placing of segments on the pillars. It has also finalised the outer structure of all its elevated stations in the Delhi-Ghaziabad-Meerut corridor.

The 82km RRTS route will connect the three cities through 24 stations, 21 of which are in Uttar Pradesh. The project will run high speed trains and estimates to have ridership of about 800,000 daily passengers. “The contours of the outer structure of the stations have been finalised. The buildings will be environment friendly and sustainable while giving a unique look’, according to Sudhir Sharma, chief public relations officer (PRO) of NCRTC.

The officials said that the RRTS station facade will be modular, easy to fabricate and erect. They will comprise of diamond shaped panels to give 3D effect to the external facade.

“Each station will be energy efficient with availability of ample natural sunlight and equipped with solar panels besides having exquisite aesthetic appeal. It will have diagonal structure in the facade which signifies mobility, a sense of motion which is the basis of high speed RRTS trains,” said an officer from NCRTC.

Officials added that the outer design was finalised for all 20 elevated stations, the rest are underground stations with one in Delhi and three in Meerut.

They added that the aesthetically appealing external envelope will be combination of perforated metal sheet, louvres, corrugated sheet, glass panel and polycarbonate roofing which will give unique identity to RRTS stations. All the stations will be designed with solar panels on roof and will be energy efficient and studded with environment friendly lighting fixtures will full compliance to Indian Green Building Council guidelines.

The entire RRTS project is pegged at Rs 30274 crore and proposed to run high-speed trains between Delhi, Ghaziabad and Meerut with a speed of about 180kmph.

The NCRTC has already identified a priority stretch of 17km in Ghaziabad (Sahibabad to Duhai) for which the work started initially while the works have also started for the other 33km connecting stretch from Duhai to Shatabdipuram in Meerut. 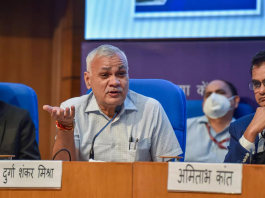