“I am happy that we have inaugurated the 9 km stretch of the Chennai Phase 1 project. Chennai Metro is growing rapidly and helping us in realizing our Aatma Nirbhar Bharat dream. The budget for Metro is one of the largest projects sanctioned for any city in one go. The project will boost ‘Ease Of Living’ for Chennai & Tamil Nadu,” said Prime Minister Narendra Modi.

Shri Pradeep Yadav, Commissioner for Metro Railway Safety had completed the 3-days safety inspection of Washermenpet-Wimco Nagar stretch on 8th February 2021 and given his node to open the stretch for the commercial run of metro services.

The 9.051 km long Washermanpet to Wimco Nagar section of Phase I extension has seven Metro Stations (2 Underground and 5 Elevated Metro Stations). This 9.05 km long Washermenpet-Wimco Nagar stretch will connect North Chennai with the airport and Central Railway Station. The AFC system developed and manufactured by Nippon Signal Co., Ltd. is used in this project. Japan has been supporting the Chennai Metro Rail Project through Japanese ODA Loan since 2008, and, currently, is supporting its Phase 2 project (Line 3: 36km / 40 stations, Line 5: 16km / 18 stations).

“the country’s armed forces had shown time and again that they were fully capable of protecting “our motherland.” The prime minister also handed over the homemade Arjun Main Battle Tank (MK-1A) to the Indian Army. The tank is manufactured by DRDO’s Combat Vehicles Research and Development Establishment. Fifteen academic institutions, eight labs, and several MSMEs were also involved in the project” he added further.

After Chennai visit, PM Modi will also inaugurate a slew of projects in Kochi. He will dedicate to nation the Bharat Petroleum’s Propylene Derivatives Petrochemical Complex at Kochi Refinery and Inland Waterways Authority’s Roll-on/Roll-off vessels.

In his speech at the foundation stone laying and inauguration ceremony, he mentions how the COVID-19 pandemic has encouraged people to travel to nearby places hence giving a push to local tourism. He urges young startups to look into innovative products that will boost local tourism. He also said the government is undertaking several steps to boost the tourism sector, the international cruise terminal being an example.

The country is prioritizing the ‘blue economy’ and the vision of the government is to improve improving infrastructure, sustainable coastal development, coastal connectivity.

Delhi Metro Recruitment 2021: Apply for the post of Director (Operations) 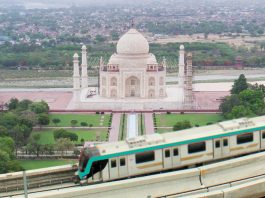