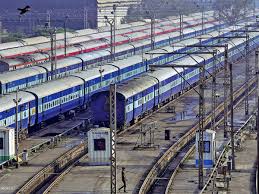 NEW DELHI (Metro Rail News): The Indian Railways has declared all tickets cancellation booked on or before 14th of April on regular trains. An order issued on 22nd of June that it has been finalised, all train tickets booked on or prior to April 14 for regular timetabled trains should be cancelled and complete refunds generated.

As per Railway reservation rules, permit commuters to book tickets up to 120 days in advance for every classes and train within advance reservation period. Whoever have booked tickets till mid-August will now have their tickets automatically cancelled and they will receive the refunds for the booked tickets, with the new order.

An individual can apply for payments within 6 months from the date of journey, for PRS counter tickets. Now, the national transporter runs fifteen pairs of Special AC trains and 200 timetabled trains from 20th of May and 1st of June.