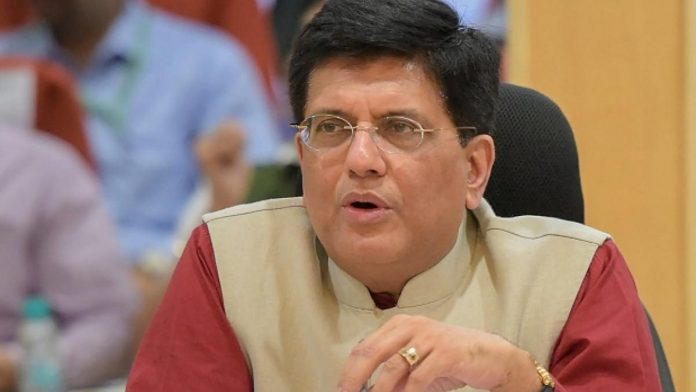 NEW DELHI (Metro Rail News): Railway Minister Piyush Goyal on Friday asserted that the national transporter has no plans to sell government assets and people will not lose jobs due to corporatisation, allaying fears among its production unit workers that the factories will be given to private parties.

The minister rather showed confidence within the railways producing units, which have produced state-of-the-art coaches like in Train 18 and are in the process of making Train 20, by indicating that the railways will invest in creating metro coaches and stock.

He told PTI in an interview that, we are not selling off government assets. Everybody’s jobs will be protected. Like we have IRCON, RITES – they are all corporatized government companies and amidst disquiet in its production units about the railway’s proposal to hive them off as one corporate entity.

This will include investment for state-of-the-art coaches, train sets and even metro coaches.

Piyush Goyal told PTI that our role will be more in creating metro coaches and metro stock.

As of now, only the Integral Coach Factory (ICF) in Chennai produces such coaches for the Kolkata Metro.

The term ‘rolling stock’ in rail transport refers to any vehicle that moves on tracks. It includes coaches, wagons and train sets.

Railways has got a budgetary allocation of Rs 65,837 crore and the highest ever outlay for capital expenditure amounting to Rs 1.60 lakh crore in the Union Budget 2019-20.

Presenting the Budget, Finance Minister Nirmala Sitharaman said railway infrastructure would need an investment of Rs 50 lakh crore between 2018 and 2030.

Goyal said that Rs 50 lakh core investment mentioned by the finance minister will be needed to modernise stations and build passenger amenities.

He said that we have drawn up the whole programme. Some of the old projects like 100 per cent electrification, advanced signalling and station development were already there. Now, we have to work out how to create additional capacities so that our modal share of freight can go up, cost of logistics come down and our passengers along with good amenities get more avenues to travel by trains to reach their preferred destination.

Sitharaman in her address had said given the capital expenditure outlays of railways at around Rs 1.5 to Rs 1.6 lakh crore per annum, completing all sanctioned projects will take decades. She proposed to use public-private partnership to unleash faster development and completion of tracks, rolling stock manufacturing and delivery of passenger freight services.

Goyal said the country should have an open mind about such investments, adding if there were viable projects that could generate additional revenue, he was open to them.

Goyal further added that if there are economically viable projects and people are willing to invest in them, why not? For example, if Coal India opened a new mine and they need a railway line and a siding, why should railways invest in it? Coal India need it to move their coal, so they can invest in it. We can co-invest in them. Whenever there are opportunities which are viable, we should have an open mind.

The railways minister also said increase in diesel prices would not affect the national transporter as it was moving swiftly towards electrification of all its routes.

He said that we are moving so rapidly on electrification that I do not see any significant impact. Railways is carrying almost half of its freight and passengers on electrified routes now. The speed of electrification is so fast that in the next three or four years, we will not have any need for diesel. So, I am not worried.