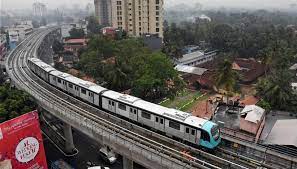 PUNE (Metro Rail News) : Safety and technical check were conducted for the PCMC-Dapodi section on Line-1 of the Pune Metro Rail Project on Sunday by the Maha Metro (Maharashtra Metro Rail Corporation Limited).

According to the General Manager of Maha Metro, Hemant Sonawane, “It was a two-hour inspection which was done yesterday (Sunday).”

Maha Metro aims to start operation on PCMC to Phugewadi section of 6.2 km of Pune Metro by this year which is a part of under-construction Line-1 from PCMC to Swargate of length 16.59 km which will have 14 stations on the route.

Regarding construction update on metro stations in this section, work on Tukaram Nagar station is completed while work on Phugewadi station is in the final stages with almost 90% of work is being completed on this station.

Another section from Vanaz to Garware College of length 5.4 km is also expected to become operational this year which is a part of Line-2 from Vanaz to Ramwadi of length 14.665 km with 16 elevated stations on the route.