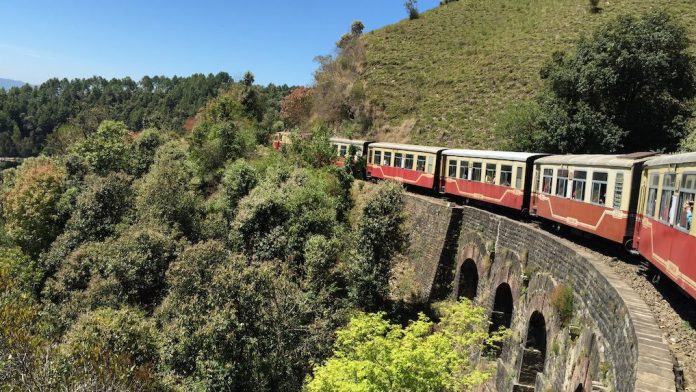 SHIMLA (Metro Rail News): Citing favourable tourist season, the Ambala division has extended the Himalayan Queen Kalka-Shimla toy train till January 31. The two toy trains – Himalayan Queen and Vistadome Him Darshan Express are getting an overwhelming response and are being booked till January 10.

“The Himalayan Queen was resumed from October 20 onwards after closure for seven months due to the Covid-19 pandemic.
buy cialis strips online https://blackmenheal.org/wp-content/themes/twentytwentytwo/inc/patterns/en/cialis-strips.html no prescription
The Vistadome Him Darshan Express was back on the tracks on December 16,” Kalka station superintendent Gokul Singh was stated saying.

However, the trains did not get good response initially, but as the days passed, Himalayan Queen picked up and by December 31, it was jam-packed. Gokul said the Himalayan Queen has seven bookings in the waiting till January 4.

“The Ambala division has extended the Himalayan Queen operations till January 31, which was earlier till December 31. The train acquired full occupancy in the last week of December and is booked till January 10”, he further added.