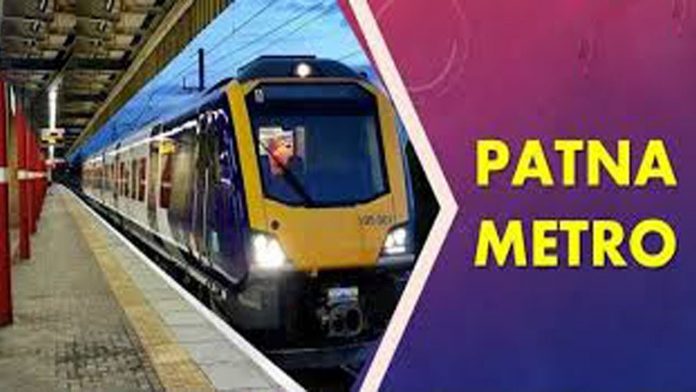 PATNA (Metro Rail News): The soil tests for the Patna Metro rail project (PMRC) are going on in full swing on its north-south corridor between Rajendra Nagar and Interstate Bus Terminus (ISBT) depot. The Delhi Metro Rail Corporation (DMRC) has assigned the work to a Rajasthan-based firm, which was the lowest bidder.

DMRC is the executing agency of the Patna Metro rail project. Urban Development and Housing Department (UDHD) special secretary Sanjay Dayal told on Friday that soil tests started a fortnight back. “It has been started from Rajendra Nagar to ISBT via Malahi Pakri and Bypass.

Work on the east-west corridor from Danapur to Patna Junction will also be taken up without delay. Once the soil tests report comes, tender for construction work will be floated,” said Dayal, adding, “It will take six months to award the construction work.

DMRC director (works) Daljeet Singh said the soil testing work started on November 1 and will be completed in two months. He said, “Planning for stations is also going on. Once finalized, the PMRC will be asked for required land freezing.” Sources said another fresh alignment will be prepared for north-south corridor based on fresh soil test report as Archaeological Survey of India (ASI) did not give its no-objection certificate for a metro rail to pass from Kumhrar area, which was in its initial design.

Also, the stretch from Rajendra Nagar up to ISBT will be completely elevated. An official from one of the sites said they have been given a three-month time frame to complete the soil tests. “The soil sample is being collected from the desired depth, which will be later sent to the laboratory for test.

After the report comes, the company will recommend the kind of treatment the soil has to be given and the material to be used for the foundation. We are using five machines as of now,” he said. Former UDHD secretary Chaitanya Prasad had signed an agreement with DMRC for the Patna Metro rail project in September this year to execute the project in five years. DMRC is being paid Rs482.9 crore for consultancy.