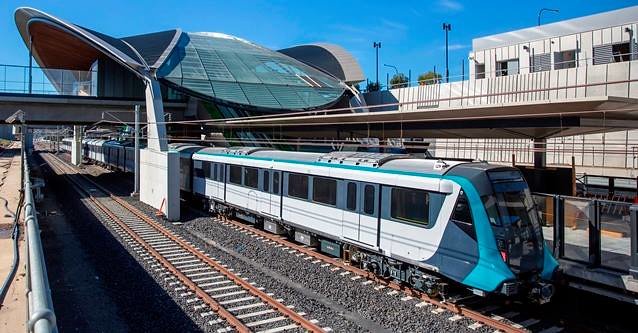 AUSTRALIA (Metro Rail News): Tendering for the development work of the Sydney Metro West driverless metro line with the distance of 24 km between the city centre and Parramatta was formally started via New South Wales Transport Minister Mr. Andrew Constance on 7th of April.

Transport for NSW has called expressions of interest for the 2 major infrastructure packages that cover the boring of around fifty kilometres of twin tunnels linking Westmead-The Bays. One contract would cover the external part of the route among Westmead and a worksite near the Sydney Olympic Park. The 2nd would cover the part from Olympic Park-The Bays redevelopment zone at Rozelle, three kilometres west of the city centre.

The authority assumes that the 4 TBM would begin the work nearby the end of 2022, The city’s 2nd driverless metro line will operate completely underground, linking the Westmead health-education campus west of Paramatta with the central business district, on that place the interchange will be given with the Southwest metro line now under development like Sydney Trains suburban services. Offering a journey time of around twenty min between Parramatta and the city supposed to double rail capacity in the busy western corridor.

The Sydney Metro West is an absolutely once in a century city-shaping Metro project which would forever improve how we get around Sydney, remarked Constance. Now infrastructure projects such as Sydney Metro West support jobs, communities and the economy. This project is supposed to create larger than 10 000 direct and 70 000 while the development phase, he further added.

Delhi-Meerut Rapid Rail to be Operational From 2023: Vinay Kumar Singh