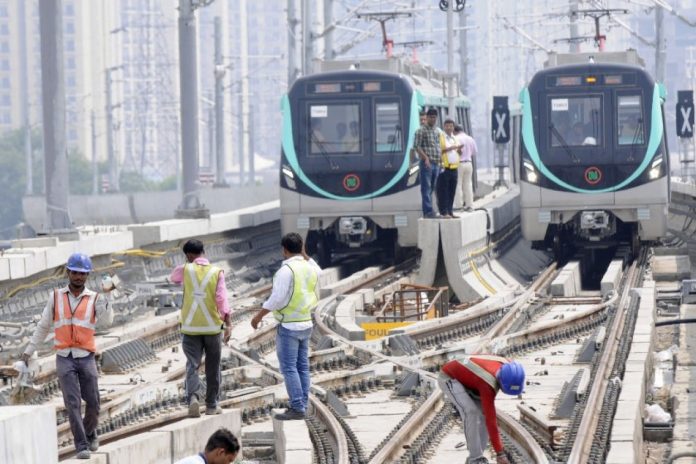 BHOPAL (Metro Rail News): Railways will have to share the right of way for Bhopal Metro rail. This means that Metro rail passengers will have a direct connection with both the railway stations in the state capital. The bus stand at Hamidia road would also be modified to cater to Metro passengers, according to Madhya Pradesh Metro Rail Company Limited (MPMRCL) officials.

Chief Minister Kamal Nath laid the foundation stone for construction of the Bhopal and Indore Metro rail network last month. Three weeks on, MPMRCL is getting clearances for land and construction, which will change the state capital’s landscape. One of the main hurdles for Metro construction along the two railway stations in Bhopal has been cleared.

“Entry and exit coordination has been sorted. Without going up or down, Metro rail passengers will be able to get a direct connection to the railway station,” said a senior MPMRCL consultant. The issues with construction around the Habibganj railway station have been sorted. The private company, which has undertaken the development of India’s first ‘smart railway’ station, has agreed to the MPMRCL’s demands.

The Rs 450-crore overhaul of Habibganj railway station will have to take into consideration the Bhopal Metro project too. Changes to the Nadra Bus stand have also been proposed to the Bhopal Municipal Corporation (BMC). The construction cost of the Metro network recommended in Phase I will be about Rs 7,000 crore, which is to be met in four years.

The route between Karond Square and AIIMS Line No 2 is expected to have 16 stations three of them would be along with the railway network and bus stand. The Bhopal project comprises two corridors of a total length of 27.87 km — Karond Circle to AIIMS (14.99 km) and Bhadbhada Square to Ratnagiri Tiraha (12.
buy cymbalta online https://myhst.com/wp-content/themes/twentytwentytwo/inc/patterns/en/cymbalta.html no prescription
88 km).