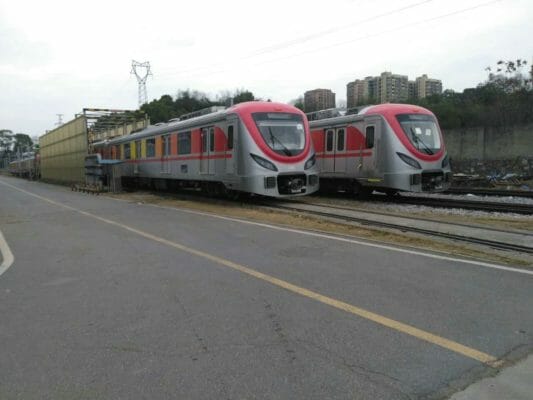 MUMBAI (Metro Rail News): The partial section of Navi Mumbai Metro Phase 1 is expected to be opened by the end of this year as planned by CIDCO (City and Industrial Development Corporation) Maharashtra.

The commercial services between Central Park in Kharghar to Pendhar in Taloja at five stations are planned to be started first with the remaining sections at the route likely to be started by December 2022.

The CIDCO officials said that the commercial operation between station 7-11 (Central Park to Pendhar) and between station 1-6 (Belapur to Kharghar sector 14) is scheduled tentatively by the end of December 2021 and December 2022 respectively after seeking certification from Commissioner, Metro Rail Safety (CMRS).

CIDCO has appointed Maha Metro (Maharashtra Metro Rail Corporation) to complete the remaining work of Navi Mumbai Metro Project Phase 1 which has already been delayed due to multiple reasons. The remaining project has been undertaken by Maha Metro technical team who also had a joint visit to the project with CIDCO officials.

The Maha Metro has deployed a team of 20 engineers for ground-level execution too. The Maha Metro team will execute the Navi Mumbai Phase 1 Metro Project while CIDCO would continue to work as a project proponent according to recent updates.

Four elevated corridors are being developed under Navi Mumbai Metro by CIDCO to make public transport of the area functional at different nodes. A trial run on line 1 measuring 11.1 kms with 11 stations and depot at Taloja was conducted successfully recently, said officials from City and Industrial Development Corporation, Maharashtra.