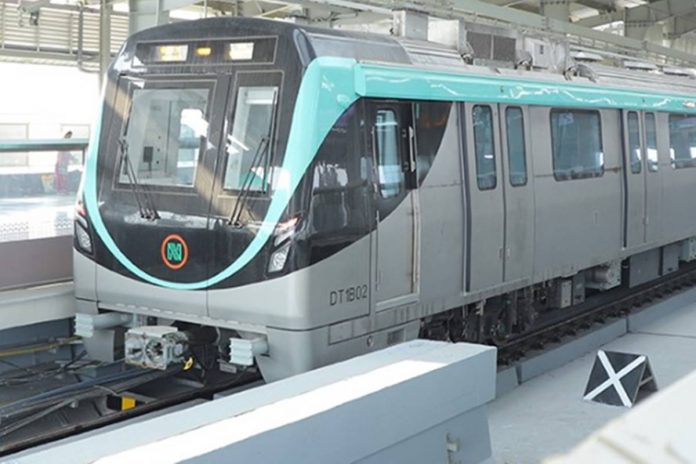 NOIDA (Metro Rail News): The upcoming Metro Stations on the proposed 14.95 km long extension of Aqua Line from Noida Sector 51 to Knowledge Park V in Greater Noida will have commercial pace for food outlets, retail outlets, and bars to increase earning and boost revenue.
At present, the Aqua Line, which the Noida Metro operates, does not have any such space and its revenue sources are ticket sales and advertisements. The Delhi Metro formula for stations will help earn more, said Ritu Maheshwari, the Managing Director of Noida Metro.
She also said that we have decided to develop more commercial space at all Metro stations to be built on this new corridor. We have observed that Delhi Metro stations have commercial space. Therefore we have decided to increase the floor area ratio to use as much space as possible for commercial purposes to earn more revenue.
For this purpose, the authority needs to amend its building by-laws and the City’s Master Plan 2031 to increase the floor area ratio from the current 2.5 to 4.5. As per the officials, they have started this process and it is expected to be completed soon. The changes will be applicable to the Metro project only.
According to an official of Noida Authority, the stations will in a way be able to function as small shopping malls, wherever there is adequate space, thereby earning more revenue.”
This 14.95 km long extension of Aqua Line under Phase-2 of Noida Metro will be built in two phases with a total of nine stations. The first phase would be between Noida Sector 51 and Greater Noida Sector 2 of length 9.6 km. There will be five stations in the first phase while the second phase would be between Greater Noida Sector 2 and Knowledge Park V of length 5.8 km and it will have four stations.