With the present emphasis on creating physical infrastructure, massive investment is planned in the infrastructure sector in India. However, infrastructure projects in India are infamous for Delays and Disputes. As a result, there is significant time and cost overruns in projects. Projects across different government employers suffer from 50-100% cost overrun, primarily due to Delays.

Several studies and surveys are conducted to investigate reasons and their relative impact on these delays and disputes. With our extensive experience in project and claims management, we grouped several overlapping factors into 10 primary reasons and then analysed their relative contribution to Delays and Disputes. The result of the analysis is presented as below:

1. Delay in handling over Right of Way/Site:

It is not surprising to find that Top reason is the Delay in handing over the Right of Way / Site to the contractor due to unpredictable and lengthy land acquisition process coupled with politically motivated agitations and equally lengthy inter-departmental permission processes in India.

The second most frequent reason for delays and disputes is the unavailability of work fronts due to poor interface management among various agencies and contractors involved in the project. Although it is noted that generally, scope breakdown (work packaging) is based on only size manageability without precise scope distribution and interface matrix (RACI) and Master Implementation Program, it results in many scopes omission/duplication and too many interfaces, which in turn results in many scope addition/deletions during construction.

3. Delay in Payments by Owner/Engineer:

The third most frequent reason for delays and disputes in infrastructure projects is delayed payment to contractors. Again, several legitimate reasons range from fund allocation blues for Govt. funded projects to poor payment terms in the agreed contract.

One of the most common reasons for delays across the sectors and industries as experienced by us in performing delay analyses is the excessive time taken by the owner / Engineer in review and approvals of technical and non-technical deliverables multiplied with too many rounds of commenting and revisions. There are instances where a critical design document approval process has taken >1000 days! Unbelievable but true!!

There are many reasons for slow decision making. Still, the most contributing reason found in our analyses is (a) lack of collaboration among various disciplines, departments with bureaucratic structure and multiple agencies, both internal & external working in silos and (b) non-availability of timely and correct information for effective decision making. Therefore, a Smart Engineering Document Management System Integrated with Project Communication and Interface Management Systems is an absolute necessity for successful project delivery.

The top contract-related reason that creates frequent disruptions during execution is poorly written and incomplete, and heavily one-sided contract. It leads to cascading delays due to the stoppage of work or pace slowdowns. Our analyses have found several reasons out of which most frequent ones are:

“Simply passing risks and complexities on to the contractors does not actually mitigate them. Ultimately, it only affects outcome of the Owner’s Project adversely”

Protecton BTG has been instrumental in setting up these systems at India’s first bullet train project MAHSR and is currently in active discussion with other important infrastructural projects for providing MIP services and implementation/operations of SMART PMS. 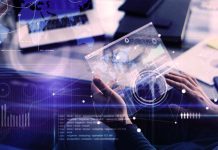 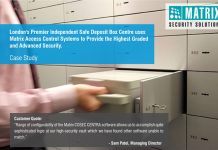 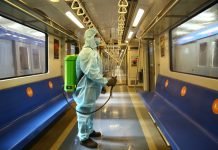 Metros to provide a safer Travel during the pandemic