According to Indian railways statement “the Indian Railways is considering the ten new proposed routes to start the operational run of the Train-18 by 2020”. In the recent Railway Board meeting chaired by Union Railway Minister Shri Piyush Goyal, the following new routes were finalized-

The first route of Train-18 will be New Delhi – Bhopal (Habibganj). The first route train 18 will likely to inaugurate On December 25 to mark the birthday of former Prime Minister Late Shri Atal Bihari Vajpayee

In response to recent Railway circular issued to Integral Coach Factory (ICF) Chennai, GM Sudhanshu Mani said “ICF will develop two new Train-18 sets in next year by March 2019. so that two new routes will be open after April 2019. ICF To Work More Hard And Fast As Deadline Is 2020. The Indian Railways has set a deadline to open all 10 routes by the end of 2020.

“We expect Train 18 to commence its commercial run from January 2019. Normally, the trials take three months, but now it is happening faster than expected,” Sudhanshu Mani, GM ICF Chennai said while responding on the question related to starting of operation of Train 18.

“Christmas Day also happens to be the birthday of late Prime Minister Atal Bihari Vajpayee and it would be a tribute to the great statesman if we manage to launch the next-generation train on that day,” a senior railway official said. 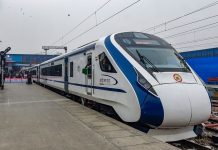 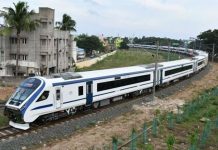 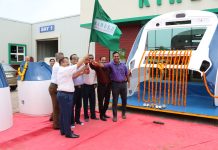