NEW DELHI, India (Metro Rail News): Union Finance Minister Nirmala Sitharaman presented the Union Budget 2020-21 in the Parliament Today. In her budget speech, she highlighted the allocation of funds for various sectors to boost the struggling economy of the country.

There was a lot of expectation from the Metro & Rail industry that the Union Government will announce measures to revive the industry. Here is how Industry leaders from Metro & Railway sectors responded to it and shared their opinions.

“Mark my words: With Suburban, Metro and Road infra, Bengaluru will become the undisputed leader in industry & innovation,” added Surya in his tweet.

“Creation of five smart cities and modernizing transport infrastructure with a Rs 1.7 lakh crore allocation are commendable. Plus, the progressive initiatives by the Railways of promoting solar energy, upgradation of railway stations, electrification of tracks and operating 150 Tejas-like trains through the PPP model are welcome steps. The Bengaluru suburban transport project and the high-speed train between Mumbai and Ahmedabad will improve connectivity between important commercial hubs. All these initiatives taken together will improve opportunities for all”, he added.

Spohr said that domestic manufacturers can contribute massively to all these big-ticket projects envisaged by the government. But companies which have invested heavily to align with Make in India need a level playing field to counter import-oriented competition to contribute to nation-building.

“The government’s intent to reward innovation, investments, and entrepreneurship is in the right direction. But the key is speedy execution of projects where localisation and domestic manufacturing are given more encouragement”, he further added.

“We will need to finance the growth in quick time and bring fundamental structural reforms to remove barriers to growth. How we realize the fruits of this ambitious infra push will depend on how effectively and efficiently India implements these announcements without allowing patchy state capacity and political economy overtake us. There is a need to build a quick bi-partisan national consensus around the economy cutting across the din unleashed by CAA and NRC related issues. I remain cautiously optimistic about the outcome”, he added

Manish Rathi, CEO and Co-founder, IntrCity by RailYatri
“We welcome the focus and thrust on road transport with 1.7 trillion INR allocated towards the transport sector. The accelerated development of highways and Delhi – Mumbai expressway completion by 2023 will enable the growth of intercity bus travel. We see a wider industry focus and excitement in intercity transport due to the steps taken in Budget 2020. As a startup, it is encouraging to see the government take steps to encourage growth in the ecosystem. The removal of Direct Dividend Tax will attract more investors and in turn strengthen the ecosystem. The introduction of the Investment clearance cell at center and state level will encourage people in the remotest parts of the country to become entrepreneurs.”

“Rail Budget has a strong focus on Safety and Passenger Experience“ 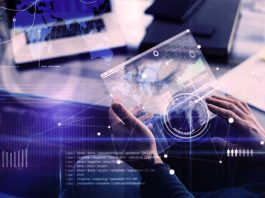