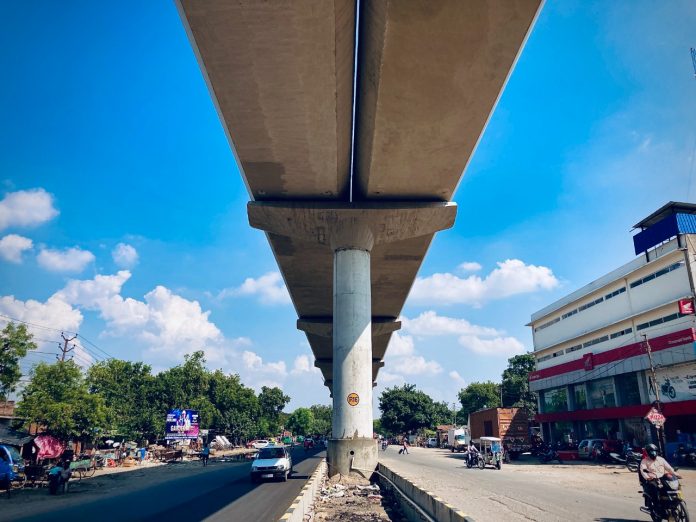 UTTAR PRADESH (METRO RAIL NEWS): The first Pier of the corridor was constructed on the night of 31st December, 2019.

Uttar Pradesh Metro Rail Corporation Ltd. (UPMRC) has completed the construction of all the 513 Piers (Pillars) of the Priority Corridor of the Kanpur Metro Project i.e. being constructed between IIT & Motijheel. The civil construction of the Priority Section was commenced on 15th November 2019 and the casting of the very first Pier of the corridor near IIT was completed on the night of 31st December, 2019.

In addition, all the 624 U-girders of the Priority Corridor have been cast in the Lakhanpur Casting Yard. Out of these, 571 U-girders have already been erected on site.

Congratulating the team of Metro engineers on the rapid pace of civil construction, MD Shri Kumar Keshav said, “The civil construction works of the Priority section (IIT-Motijheel) are in the final stages and are about to be completed. We have constructed all the Piers and will soon finish the works of Pier Caps & U-girders. We are moving ahead in line with the aim of executing a trial run on the Priority Corridor in November this year. ”