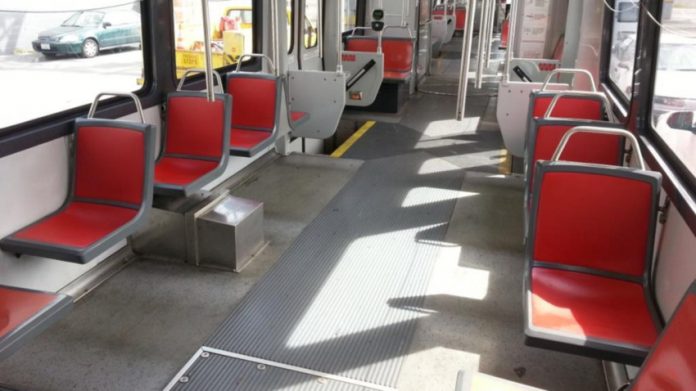 NEW ZEALAND (Metro Rails News): An updated seating arrangement is being tested on the Praha metro. The existing seats are designed in a 2+1 transverse shape but in the newly arranged single seats are directed 90º to face the aisle.

Already the commuters were sitting sideways on these seats and DPP feels that the difference can suit everyone’s preferences as well as enhancing traveller flow.

Creation of Auckland’s NZ$4·45bn City Rail Link is to continue on 28th of April with changes with a restricted way to sites, protective clothing, physical distancing & new cleaning regimes.

Since ever the nationwide lockdown started a few weeks ago there has been much desk-top planning for a quick re-start & we’re well made to come out of the opening blocks fast, told the Chief Executive Dr Sean Sweeney on 21 April. We are already examining all CRL sites and preparing them ready for a safe return to work for the coming week.

Swiss federal transport office BAV has granted planning approval for an SFr44m depot to serve Zürich’s Limmattal light rail project, with capacity for fourteen vehicles. Development is because of commencement in May for fulfilment in 2022.

Euskotren reintroduced full peak hr service frequencies on Line-3 of the Bilbao metro on 20th of April so that riders can manage social distancing.