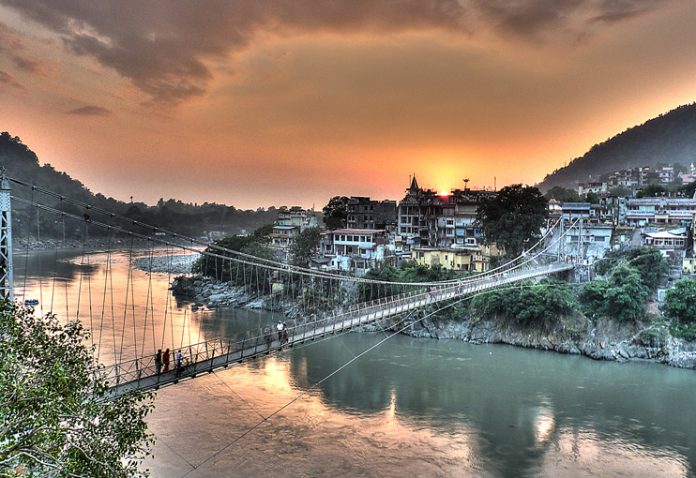 Uttarakhand: In a significant move ahead of the Assembly polls, the Uttarakhand government on Tuesday evening signed an agreement with the Delhi Metro Rail Corporation (DMRC) to introduce the metro rail facility in the hill state.

In the first phase, the metro line will be built between Dehradun and Rishikesh.

The Memorandum of Understanding (MoU) was inked between the state Urban Housing Development Authority (UHDA) and DMRC in the presence of Chief Minister Harish Rawat. UHDA’s Secretary Meenakshi Sundram and Director (Business Development), DMRC, SD Sharma signed the pact for the project.

Briefing reporters after the meeting, CM Rawat said, “DMRC will submit the Details Project Report (DPR) to the state government after a month. After that the process for constructing the metro lines between Dehradun and Risihkesh will begin.”

A senior official in UHDA said that it will give an amount of about Rs 2 crore to the DMRC to draft the DPR for the purpose.

URHDA secretary Sundram said that in the second phase the metro lines will be laid on Dehradun-Haridwar and Dehradun-Kalsi route.

“DMRC will be later asked to prepare full proposal to extend the metro lines for the second phase,” he said.

The MoU between UHDA and DMRC was signed three days after the state Cabinet approved the proposal to construct metro rail lines.

“The state government will ask the DMRC to connect other towns with the metro lines in future,” Rawat said.
Officials said that total cost of the project will be estimated as per Rs 250 crores per km.
Daily Updates from Metro & Railway