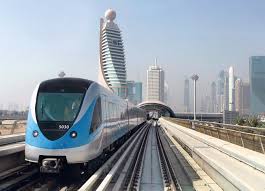 According to the Serco’s announcement, Weatherill has worked in the Middle East rail industry for almost 6 years, commencing with mobilising the North-South high-speed commuter railway in Saudi Arabia. Wallace re-joins Serco, having earlier worked as the director for rail in Saudi Arabia.

In the UK, Weatherill has managed passenger railway businesses, like Southeastern, London Commuter Railway & London Midland and also leads with him infrastructure management experience obtained with the UK infrastructure operator Network Rail of 1999-2006. My concept is to make on the success that has already been achieved through the RTA and Serco on the progress of the iconic RTA rail transit systems in Dubai, said Weatherill.

It declared in the statement from Serco, with almost twenty years of experience in the critical rail systems operations in the UK and the Middle East, Wallace leads with him the knowledge and expertise needed to successfully maintain the award-winning Dubai Metro services both Serco & the RTA are recognised for.

Weatherill stated that we also integrate the new Red Line Extension seamlessly, opening new journey possibilities and building the resilience needed to welcome the traveller’s increase. Serco’s plan to empower nationals in our business will resume; our people are our assets & at Serco, we are all proud to be producing important services to the UAE.

The CEO of Serco Middle East, Phil Malem, added that I am overwhelmed to see Wallace is back to Serco Middle East at a globally tricky time. I am confident that Wallace will be an asset to our team and continue Serco’s award-winning delivery of service across the RTA transport systems.