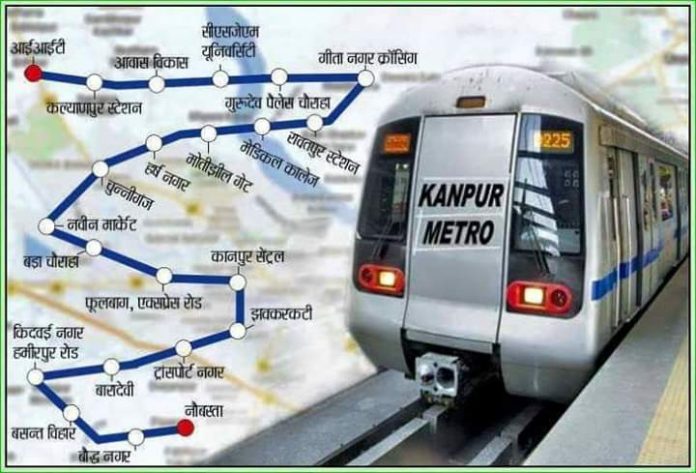 AFCONS Infrastructure will be responsible for constructing the nine metro stations in Kanpur and elevated viaduct structures for the same.

Cost of the tender

The civil contract is worth Rs 676 crore while the whole project will cost an estimated Rs 11,076.48 crore.

The technical bid for the project was also opened earlier last month (August 2019), and work will be contracted out for an estimated Rs 105.00 crore.

A number of cities in Uttar Pradesh are set to get their own metro rail systems in the coming years, with Agra and Kanpur metros already having received approval from the Centre, while metros for Meerut, Gorakhpur and Varanasi in various stages of planning.

The first phase of its construction will connect IIT to Moti Jheel and the second one from Harsh Nagar to Naubasta, making for a total of 33km.

The other proposed corridor will cover a distance of 10 km and connect CSA University to Jarauli. Kanpur metro certainly comes as a boon for the residents of the city as it will connect a number of major areas of the city and reduce travel times. The metro could also help in reducing the vehicular traffic on main city roads thereby lowering the city’s pollution.