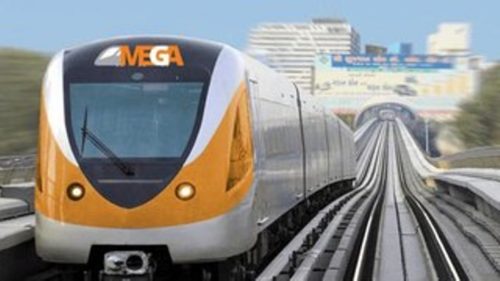 CM Rupani observed the presentation of the whole project at the Apparel Park Depot and gave suggestions to the officials as well. Briefing about the details of the project with the media persons, Rupani said that the significant project worth Rs. 10273 crore has been in functioning with central-state financial aid with a view to facilitate travellers along with their security up to upcoming 200 years. Elaborating advanced features of Ahmedabad Metro Rail Project to media, he said that as per instructions from Modi, the track of this project will be parallel to railway track and surrounding land of Railway. Hence, Gandhigram Railway Station track parallel work would take place in dense area such as Ashram Road. Most of the work of land requisition has been completed and the work of the project takes momentum. 32 railway stations to be built on this route including underground and overhead stations, he added.

Rupani clearly said that this multifarious developmental project has come on fast track after Narendra Modi take charge as Prime Minister of India. We are getting green signals from railway authority and finance ministry on prior basis.

Rupani said that second phase of 39.259 km long Metro Rail will be commenced in 2018-19. DPR for Metro Rail in Surat is under progress to finalize and work will begin in near future.