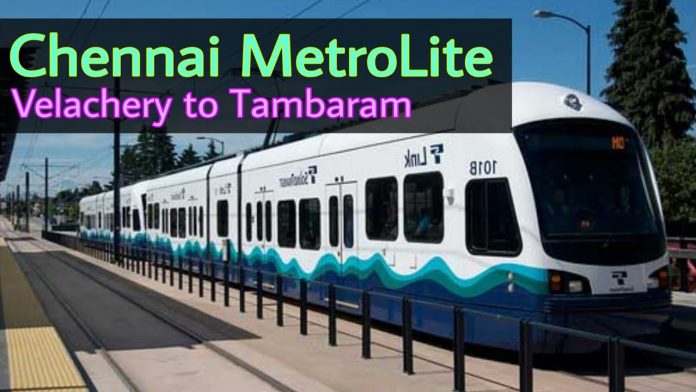 “The study will analyse and recommend the possible routes that can be taken to connect Tambaram with Velachery. It will give an estimate of how much the project is likely to cost, the period of construction and how far it may benefit people,” an official stated.

The CMRL has taken Light Rail along this stretch as the localities it will traverse are densely populated with not sufficient road space. Light Rail can take sharp curves and the period of construction will be less than what it takes to build Metro Rail, the officials said.

At a high-level meeting held recently, the Chennai Metro was asked to finish the feasibility by July thus the project can be taken up at the earliest.

The top-brass in the govt was instructed about the various options and how much it will require if the stretch is built at-grade level, elevated and underground. “It is most likely to be built at-grade and will cost about ₹100 crore per kilometre,” an official told.

Since the State govt clears the feasibility report, the Chennai Metro will take up the complete project report. “The DPR will be voluminous and elaborate, covering all aspects of the project, the estimated traffic and other details. If it gets approved by the State government, then the construction will begin,” an official stated.