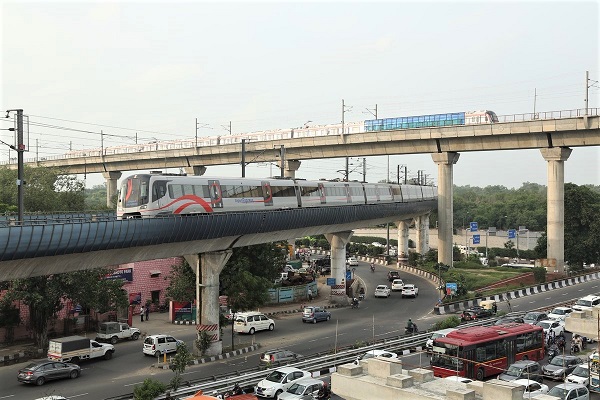 New Delhi: It is good news for Delhities that Delhi Metro Rail Corporation (DMRC) is going to open 20km long section between Majlis Park and South Campus for public. This section is part of Phase-III project in Pink Line (Line-7).

Trial is going on different parts of this line from June last year which is now in the final stages. Proposal for safety clearance and inspection of this section will be sent to Metro Rail Safety Commissioner (CMRS) soon by DMRC.

With the opening of the section, Metro Train will run first time on the highest of 23.6 meters height near Dhaula Kuan. This height is equal to about seven story building. This will be the second line on which the driverless Metro will start operations.

This section has four new interchanges stations viz Azadpur (Line-2), Netaji Subhash Place (Line-1), Punjabi Bagh West (Green Line) and Rajauri Garden (Line-3). The special thing is that when all the four interchange opens, they will be connected to all networks.