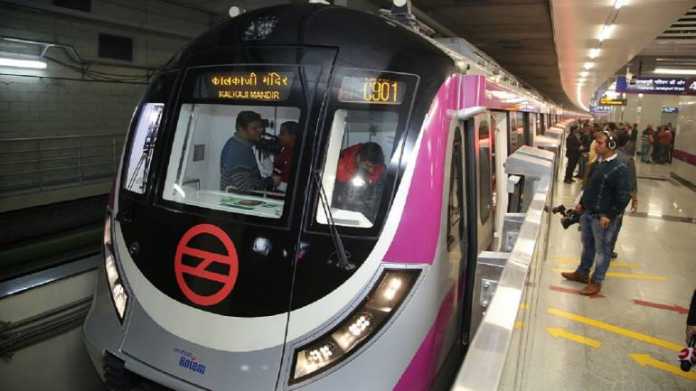 The metro commuters will be able to enjoy the journey on train from May 29 (Tuesday) morning at 6.00am onward. With the start of the Magenta Line, residents of Delhi, Haryana (Gurugram, Faridabad, Palwal), and UP (Ghaziabad and Noida) will benefit from the start of the section. The special thing is that due to the introduction of this line, the travel period between Noida and Gurugram will be reduced by at least 30 minutes.

With the inauguration, the domestic terminal of the IGI Airport will be within the reach of Delhi Metro network. This will provide additional facilities to domestic airlines. Metro officials said that after the commissioning of this section, the total length of the Delhi Metro Rail Corporation (DMRC) network will be 277 km. He said that this would provide a direct metro facility between Botanical Garden and Janakpuri West. It will also be easier to reach Terminal 1 of IGI Airport from South Delhi and West Delhi. Apart from this, the convenience of transport in Delhi-NCR will also be improved. The entire Magenta Line is affiliated to four major educational institutions, JNU, IIT, Jamia Millia Islamia and Amity University in Noida. This will greatly benefit the students. Cant area will also be connected to the metro through this line. According to the DMRC officials, it will take about 50 minutes to reach the Botanical Garden (Blue Line in Noida) from Huda City Center (Yellow Line towards Gurgaon) by starting Magenta Line. So far, after interchanging with Rajiv Chowk, it takes about one and a half hours to get to Gurgaon from Noida.

Hauzkhas Metro station will be the hub of interchange

On the Magenta line, Hauzkhas Metro Station will be the largest interchange hub for Huda City Center and Noida passengers. So far, Noida passengers had to go through 34 metro stations to reach the Huda city center through the Yellow Line through the Yellow Line. While now Noida passenger will be able to interconnect Hauzkhas metro station on Magenta line and reach Huda city center with 25 stations. Hauzkhas Metro Station is underground and is 29 meters deep, which is about 8 floors depth.

Mobile network issue will have to face

Mobile network is currently the biggest problem on this line. A total of 16 new Metro stations have been constructed in this new section about 25 km long. 14 stations are underground and only 2 stations are elevated. The underground ground of the station is the biggest reason for people’s problems. That’s because mobile networks are not coming at all these underground stations. There is a possibility of getting a mobile network only at Shankar Vihar and Sadar Bazar Cantonment between Kalakaji Mandir from Janakpuri West as these two stations are elevated. However, due to being in the Army area, both the stations may also face the problem of the network. However, DMRC officials say that soon they will arrange such arrangements according to the needs and facilities of the passengers so that the network can also be available at the underground stations.