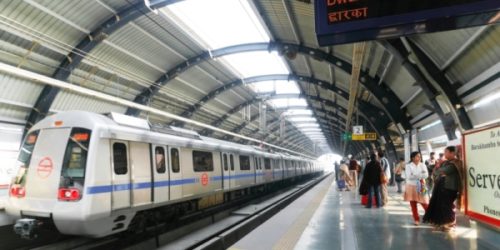 New Delhi: The Delhi Metro Rail Corporation (DMRC) today started the process of adding 258 more coaches to its fleet to augment its carrying capacity on the Blue, Yellow and Red lines of the network.

In order to substantially increase the carrying capacity of the three main corridors of Delhi Metro, orders have been placed for the procurement of 258 additional coaches with 162 of these coaches being provided by Bombardier, and 96 coaches by Bharat Earth Movers Limited (BEML).

The first two coaches of the order to Bombardier were pressed into service today with the conversion of one more six coach train into eight coach configuration on the blue line. The other supplier, BEML will also commence supplying its coaches by the end of the year or early next year.

The new eight coach train was inducted from the Yamuna Bank depot today in the presence of DMRC’s Managing Director, Dr. Mangu Singh and other senior officials.

The 258 additional coaches will be utilised on the blue, yellow and red lines as per the following plan:

The Delhi Metro currently operates with a fleet of 227 train sets comprising of 128 six coach, 58 eight coach and 41 four coach trains across all its corridors. A total of 71 trains operate on the Blue Line, 60 trains run on the Yellow Line and 29 trains operate on the Red Line. These three lines together carry over 20 lakh passengers every day.

A total of 924 coaches have been ordered for the forthcoming phase of Delhi Metro including 504 coaches for the new Phase 3 corridors. 162 coaches have already been added on the standard gauge green and violet corridors in the last couple of years which has substantially boosted carrying capacity on these sections, especially the ITO – Faridabad Violet line. 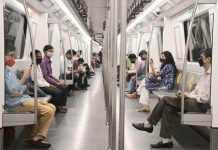