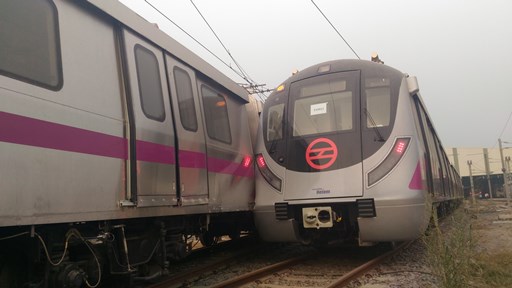 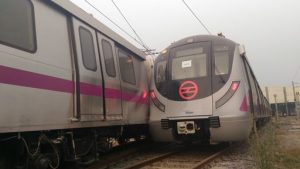 “An incident occurred yesterday at 3:45 pm at Kalindi Kunj Depot of Line-8, in which a train, which was under complete control of Hyundai ROTEM for commissioning was moved perhaps inadvertently in reverse direction by the ROTEM staff,” a Delhi Metro official said.

“Responsibility for the incident is of ROTEM and prima facie it appears to be negligence on part of the ROTEM staff. However detailed inquiry is being conducted by ROTEM to look into this lapse and for suitable action,” he added.

The Delhi Metro consists of six lines, with a total length of 190km with 142 stations including 35 underground stations.