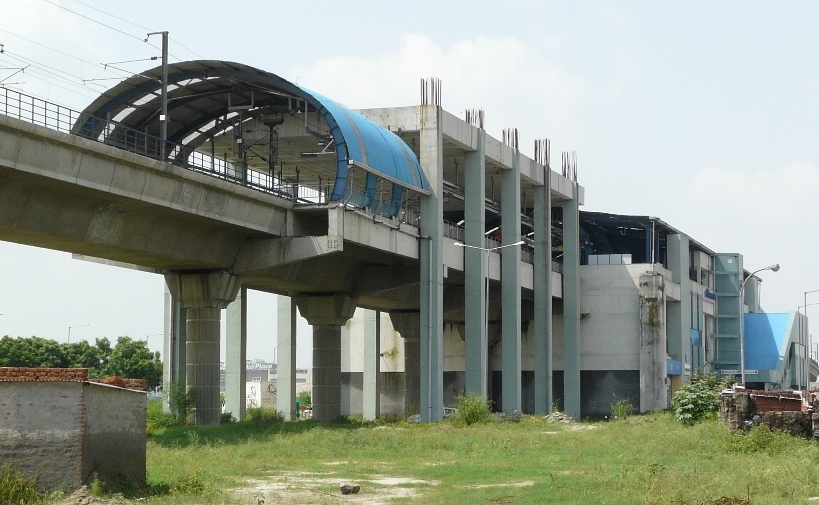 Advertisement
Ghaziabad: Three out of eight metro stations under the proposed 9.41km metro route in Ghaziabad are facing land issues and the same may delay ongoing construction of stations. The Ghaziabad Development Authority (GDA) officials said that the land for the fire escape route at three stations (four locations) is yet to be acquired and handed over to Delhi Metro Rail Corporation.
According to officials, land-related problems have cropped up at three stations — Shyam Park, Shaheed Nagar and Raj Bagh. At Shyam Park in Sahibabad, a portion of the land earmarked for the Metro project is occupied by Sahibabad police station, while the lands identified at two other stations belong to private individuals who have demanded more compensation.

“We need nearly 45 square metres of land for building one fire escape. It is needed for the evacuation of passengers in the event of an emergency. Two separate chunks of land are needed at Raj Bagh. We are on the lookout for lands in four locations at three stations. For the Shyam Park project, we held discussions with the senior superintendent of police who assured that the land will be made available,” said DP Singh, officer on special duty, GDA.

“For (lands in) three other locations, we are in talks with private parties. We offered to pay them ₹68,000 per square metre, but they want us to double the rate. This has held up land acquisition process. However, discussions are on to arrive at a settlement at the earliest,” Singh added.
The officials said work on laying the track will get over by July, while the work on all stations will be completed by December. Trial runs will begin once the work is completed.

The project is also facing funding issues, as the cost is pegged at ₹2,210 crore and there is requirement of an additional ₹1,480 crore, which is supposed to be released by UP agencies including GDA. The authority has allotted the majority of funds, but the other UP agencies have so far failed to make their promised allocations.

The revised detailed project report is also awaiting clearance from the state cabinet. The report has been gathering dust over the last couple of years. The clearance will help the project get a grant of nearly ₹402 crore from the Union government.
The eight metro stations in Ghaziabad and will directly connect city commuters to Dilshad Garden and beyond. The eight proposed stations are at Shaheed Nagar, Raj Bagh, Rajendra Nagar, Shyam Park, Mohan Nagar, Arthala, River Hindon and New bus stand on an elevated corridor.
Daily Updates from Metro & Railway