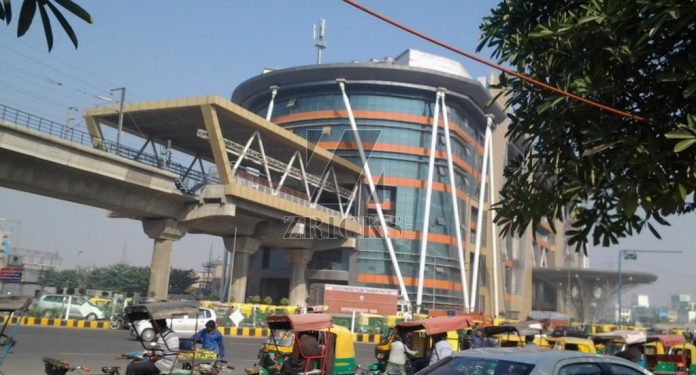 Gurugram: Residents living in sectors along Dwarka Expressway have pitched for a full-length Metro corridor, stretching up to Dwarka Sector 21 one of the two routes being considered for the proposed Yellow line extension of Delhi Metro Rail Project.

In their petitions to GMDA, the residents and homebuyers have demanded Metro stations along the Dwarka expressway, favouring the longer route, for the convenience of thousands of people who are living in or will move into the new sectors along the thoroughfare.

The state government, through GMDA, has sought suggestions from residents of the city on the two possible routes suggested by DMRC recently. While one route is a 12km line from Huda City Centre, currently the terminal station on the Yellow line, to Gurgaon railway station, the other is a full-length corridor right up to Dwarka Sector 21, where DMRC’s Blue and Airport Express lines converge.

The second one is a 27km route that also starts at Huda City Centre, turns into the NH-8 at Hero Honda Chowk via Subhash Chowk, heads towards Gurgaon railway station and goes up to Dwarka.

“Around 90,000 people will be living in the new sectors (81 to 115) along the Dwarka e-way in coming days. We are in favour of the longer route as it will cover a larger part of old as well as new Gurgaon, besides connecting Hero Honda Chowk and Huda City Centre with Dwarka Sector 21 and Delhi airport,” said Gaurav Prakash, one of the homebuyers and member of Dwarka Expressway Homebuyers’ Association.

In its petition to GMDA, the homebuyers’ association has also requested for adequate parking at the proposed Metro stations (along the longer route) at Hero Honda Chowk, Sector 37 and Sector 111 for the convenience of commuters. The association members have submitted around 300 applications in this regard.

“If GMDA is serious about resolving traffic issues in Gurgaon, it must consider the Metro route up to Dwarka Sector 21,” said Pradip Rahi, another homebuyer.

Earlier, V Umashankar, additional CEO, GMDA, said the authorities would take a call on the route after taking residents’ suggestions into account.