BENGALURU (Metro Rail News): Mumbai headquartered ITD Cementation, on Thursday informed in a press release that the company has received Letter of Award (LoA) from Bangalore Metro Rail Corporation (BMRCL) as it has emerged as the lowest bidder (L1) for the Rs. 1549.42 Cr crore contract for Design & Construction of Underground structures (Tunnels & Stations) of length 4.591 Km (approx.) of Banglore Metro rail Project Phase-2, Reach 6. However, ITD Cementation has quoted Rs. 1771.25 crores to work on this project.

The Bangalore Metro Rail Corporation (BMRCL) has opened the Financial Bid for 4.591 km of Namma Metro Phase II, Reach 6 contract on September 26, 2019, at 02.00 pm, where 3 bidders were found technically qualified out of 5 for the contract. These are ITD Cementation, Afcons Infrastructure, Larsen & Toubro Limited. The Afcons and L&T were found L2, L3 respectively. The technical bid was submitted on May 28, 2019. 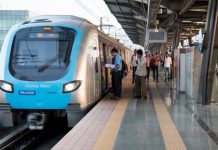 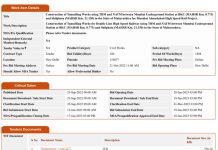