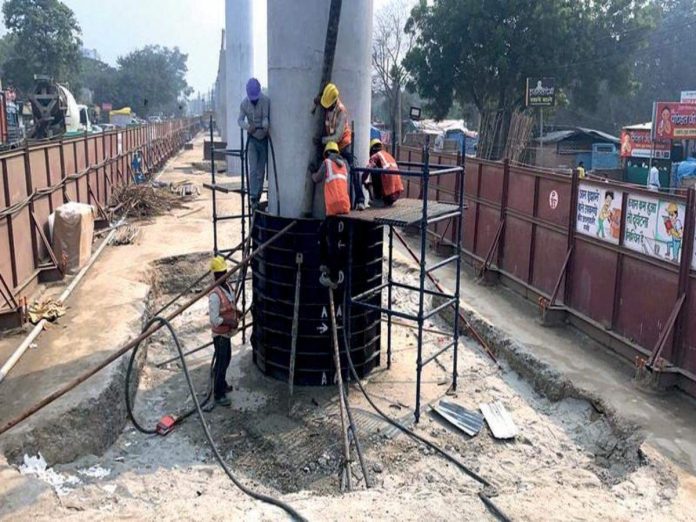 KANPUR (Metro Rail News): Kanpur Metro rail construction work has gained momentum after the lockdown. Workers are now returning from their village back to the city. A total of 570 labourers are involved including the casting yard & corridor.

With the help of bus and pickup vehicles of the contractor company, the workers are being taken back to the work. Camps are being developed in the casting yard for labourers to stay.

104 rooms are to be built, out of that almost sixty has been finished. Workers who have returned to work have also commenced living in the room. Since the 15th of May, almost 400 workers have turned to work.

Managing director of Uttar Pradesh Metro Rail Corporation, Kumar Keshav says that now the metro construction in Kanpur is picking speed. UPMRC is trying their best to recover the loss of time caused due to the lockdown and the construction should be completed within the time limit.

The work of placing the Pier Caps on the pillars which have been made on the road under the nine km long stretch of the corridor, being built from IIT to Motiljhil has commenced. The casting of twenty pier caps was made prior to the lockdown.

Currently, almost 400 of the 600 workers employed are from Uttar Pradesh. Constant efforts are being done to take them back to the workers from elsewhere.