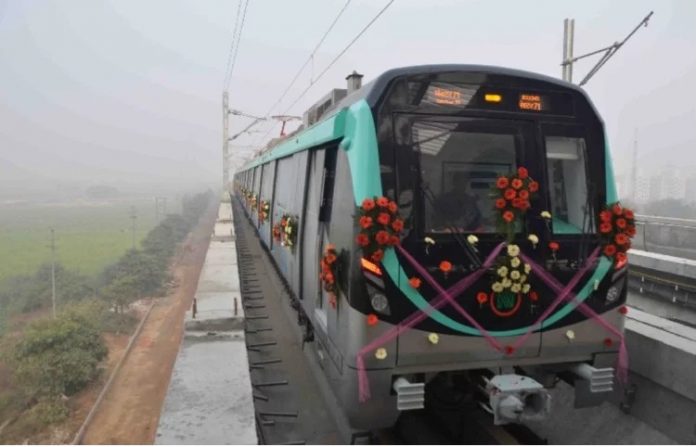 One month after the first test run of the Aqua metro line on the Noida-Greater Noida corridor, another test was held on Friday, this time the train travelling till Alpha-II station from the depot metro station. The four-coach test train covered nearly 2.5km at a speed of 35 km per hour during the ‘internal’ trial. It was the first time that the train has been tested outside the depot yard, where trials were being conducted since January 2.

“On Friday afternoon, the train travelled from the depot (yard) and crossed three stations including depot station, Delta-I station and Alpha-II station before it returned to the depot. All went well with the extended trial. In the next few days, we will be ready to take the train further along the track,” said P. D Upadhyay, General Manager (Finance).

According to NMRC official, once they receive complete power supply for the trial run, they will take the trial up to Sector 149 in Noida. Presently they are using an alternative source of power supply from the depot. This temporary 30 megawatt power is being provided by discom, RC Green. Once they have full power from the sub-station located at Sector 148, “oscillation trial” will be undertaken from February 15.