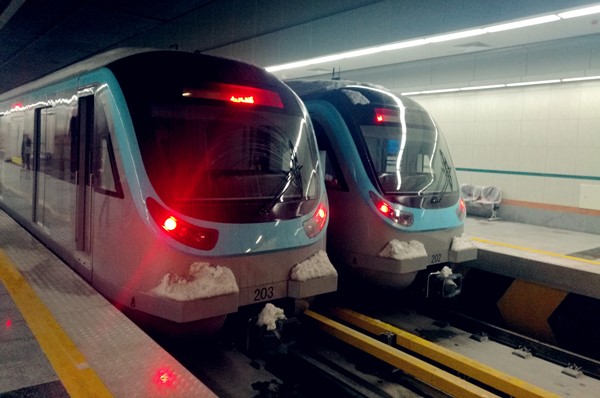 Patna: State urban development and housing department minister Suresh Kumar Sharma on Friday said work on Patna metro rail project would commence from 2019. To begin with, the six-km long stretch between Mithapur and proposed inter-state bus terminal on Patna-Gaya Road will be covered, the minister added.

“The Centre recently came up with a new policy for execution of metro rail projects in the country. Accordingly, we have asked RITES, an agency of Indian Railways, to tweak the existing detailed project report (DPR) for Patna metro rail project as per the provisions of the new metro policy. We are expecting the DPR to be revised in six months, following which it would be submitted to the Centre. We are intending to commence work on the first phase of the project by 2019,” Sharma said.

The DPR for proposed metro rail in Patna, entailing an estimated expenditure of Rs 16,960 crore was given an in-principle approval by CM Nitish Kumar on December 22 last year. The state cabinet had approved the project on February 9 this year. The metro rail proposal talks about two corridors in the first phase covering a distance of 31km.

The first corridor would be an east-west corridor, which would run from Mithapur bus stand to Saguna Mor via Bailey Road and Patna Junction, covering a distance of 14.5km. The second corridor, on the other hand, is a north-south corridor, which would run from Patna Junction to proposed bus stand at Bairiya on Patna-Gaya road via Ashok Rajpath, Gandhi Maidan and Rajendra Nagar Terminal, covering a distance of 16.5km.

The minister also announced that toilets would be constructed in all urban local bodies in the state by December 31 this year as part of open-defecation free campaign. “We would also construct roads in all wards in the urban areas in the state within one-and-a-half-years under ‘Nali Gali’ scheme of the state government,” Sharma said.
Daily Updates from Metro & Railway