Smart Transportation will be the backbone of a Vital Project to transform Jammu and Srinagar Cities to Smart City & will create large scale employment both during the Project Execution & the Project Operation phase after the Go-Live and bring in Investment of more than 40,000 Crore to the State.

In the fast paced world of Technology, India is making a mark to create a world-class Mass Rapid Transit System (MRTS) as an integral part of community infrastructural development. The continuous growth within the country in number of cities, population, traffic, buildings, etc has invariably called for a shift from private mode of conveyance to public mode of conveyance. Over a period of time it has been observed that a successful and well-planned Mass Rapid Transit System (MRTS) exists in almost all developing Nations.   India had its first MRTS or Metro, twenty five years ago in Kolkata (the then Calcutta). Unfortunately this could not spread to other parts of the country due to lack of funds, planning, lack of integration between various systems of mass transportation and above all the absence of comprehensive traffic and transportation planning. For the successful completion and implementation of such projects huge capital investments, long gestation period and complex technology is the need of hour. Research shows that the ideal share of public transport should be around 70% in India’s metro cities, which at present is only around 35%–40%. India is looking to create a world class infrastructure with its existent Kolkata and Delhi Metros. In addition we do have the Metro presence in Mumbai, Bengaluru, Hyderabad, Chennai, Jaipur, Gurgaon and Kochi. Additionally, the proposals for MRTS are being chalked out for Pune, Chandigarh, Ahmedabad, Kanpur, Ludhiana, Bhopal, Indore and Faridabad,  which may be implemented in the next few years.

MRTS projects are extremely large projects. The key attributes for this are finance, logistics, extensive data, study of economic structures, profiling topography, travel routes, major traffic corridors, detailed surveys etc. Another very important aspect is to learn from its previous limitations and imperfections. We can bring down our operation and maintenance costs by further developing of our in-house technology. This would be a large milestone in order to make such projects self-sufficient.

At present Metro projects are catering to cities with population of more than four million people. The costs are directly proportional to the areas which are proposed to serve underground, elevated or at grade alignment projects. The high cost of metros is justified by its very high carrying capacity of passengers at a very high speed and with minimum pollution.

Initially the funding of these projects was done through Public-Private Partnership (PPP) funding Model, Delhi Metro model or State / Central Government funding. The concept of Liberalisation, Privatisation and Globalisation (called the LPG model) introduced lately seems to be the most viable option to carry out such large projects across the country. Under this model the private sector developers are encouraged through viability gap funding scheme wherein 60% of the cost is borne by private investor and 40% is borne by the government in terms of grants.

Metros are known to serve the all sections of society at an affordable cost.  Due to the huge capital costs involved in the implementation of MRTS it is suggested that government could participate through equity or meeting one time viability gap financing  after detailed evaluation. For funding metros the government should provide infrastructure and the operating cost and cost of rolling stock must be met by users and beneficiaries. Where private players of repute are involved, the project could be sealed with private participation based on detailed conditions and period of concession specified. Land will be a major issue in realising the project for which the involvement of parastatal agencies will be critical. Sale of air space, advertisement rights, contribution of major commercial whole sale markets which generate huge volume of traffic, levying of external development charges on builders and promoters and a dedicated fund for MRTS can aid in the funding.

MRTS shall impact the country in many positive ways.

It is environmentally conducive as it considerably reduces noise and air pollution. The emission of toxic gasses and volatile compounds into air is minimized.

It has brought the society closer as all members of the society irrespective of their financial status, religion or cast are able to travel together hence enhancing the social integrity of the country.

It is fast and does not interfere with other traffic, averting accidents and mishaps.

It is a blessing for those individuals who are unable to drive.

The MRTS does not only improve the usefulness and efficiency of Public Transit System but also results in increased commercial development to improve the economy of the country. These are cheap modes of transportation, enabling considerable savings in labor, materials, fuel and energy. It is most efficient in terms of space occupancy and provides comfort with ultra-modern coaches and modern systems like automatic ticketing, advanced signalling systems, automatic train protection system and integrated security systems. Services like ATMs, food outlets, cafés and convenience stores at Metro stations make the journey more fruitful and further add to the economic development.

Last but not the least this system has been successful in reducing the congestion on roads and saving time on travel.

The only disadvantage is that the initial cost of Construction and Implementation is very high. It works best at places where a larger number of people will ride them such as in the center of big and densely populated cities.

The J & K State government has been introduced to the MRTS since 2010 and ever since nothing was being done about it. However, as mentioned above, in other states/cities this system is implemented, operational and running successfully.  Recently it was announced by the J&K government that metro projects would be taken up in Srinagar and Jammu under multilateral funding from Japanese Official Developmental Assistance (JODA) as a part of rapid transit system proposed by reputed development consultancy, Rail India Technical and Economic Services (RITES).  The job of making a detailed Project Report about the feasibility of this project in Jammu and Kashmir has been entrusted to RITES. This was done while reviewing the progress of projects being executed by the J&K Economic Reconstruction Agency (JKERA). The meeting was chaired by Chief Minister and it was decided that the Housing and Urban Development Department will act as the nodal department for firming up the metro projects for two capital cities in consultation with the RITES. The Team also has been given a dead line to complete the project, which is a positive and determined approach. The decision has been taken to go ahead for a metro length of 45 Km in Kashmir and 30 Km in Jammu. The routes for the same are suggested in the City Mobility Plan of Jammu and Srinagar cities. The process has been initiated following the offer of the Government of Japan, inviting proposals for technical cooperation under their Technical Cooperation Program for Metro & Railway Projects in the main cities of different states of India. 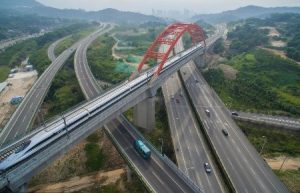 It may not be out of place to mention that since the invention of the wheel, transportation has been the integral part of development and progress. The uncertainty about MRTS, which had plagued the importance of such systems in India, seems to be resolving. The shortcomings of Kolkata Metro which was designed without a rule book followed by Delhi metro being designed on International norms has guided the respective agencies to follow and adopt a set of techniques for the construction, implementation and operation of MRTS in India. The National Mass Transit and Training Research Institute (NMTTRI) in Mumbai (established by Mumbai Metropolitan Regional Development Authority, MMRDA), is one of its kinds in Asia imparting training and research on mass transit systems. The annual training courses cater to key issues like Public Transport Security, Safety and Emergency/Disaster Management, Noise Pollution & Abatement Measures for Urban Transportation, Integrated Ticketing, and seamless Travel across Modes and Intelligent Transportation System. We may have one such institute in Jammu and Kashmir State, as well.

Conclusively we can say that the design and planning of cities cannot alienate the importance of an infrastructure in place for the entity called MRTS.  A multi-modal transportation system would ensure the use of MRTS to its best potential. MRT – Smart Transportation will be the backbone of a Vital Project to transform Jammu and Srinagar Cities to Smart City & will create large scale employment both during the Project Execution & the Project Operation phase after the Go-Live and bring in Investment of more than 40,000 Crore to the State.

[This article is written by Shri Sanjay Sapru, Srinagar (J&K)]