MAHARASHTRA, INDIA (Metro Rail News): Maha Metro has redesigned its plan for doing commercial development of its land in Dhantoli, opposite Yeshwant Stadium. Instead of one tower, there will be two and both will be built on a public-private partnership (PPP) basis. The project has been redesigned to get a better response from local bidders.

The areas of two land parcels opposite Yeshwant Stadium are 77,751 square feet and 75,696 sq ft. The land use is commercial. The floor space index (FSI) of these plots considering the Transit-Oriented Development (TOD) policy of the Maharashtra Government is 4.0. The permitted height by the Airport Authority of India (AAI) is about 289 feet. The two towers will be connected to Sitabuldi Interchange metro station with a foot over bridge (FOB).

The total allowable construction on each land parcel will be maximum of about 5 lakh square feet. The two towers will be multistoried with ample parking space.

The concessionaires will have to provide parking space for two-wheelers and four-wheelers as per Development Control Rules (DCR) of Nagpur Municipal Corporation (NMC). In addition, they will have to provide a parking space for 50 cars in each tower to Maha Metro. As Maha Metro is a planning authority, there will be single window clearance regarding the sanction of building plans on these two land parcels.

The project will not only change the skyline of Nagpur but create a lot of parking space in the congested Sitabuldi area. The concessionaires can build offices, restaurants, banquet halls, hotels, etc in the building. They are free to decide the commercial use of the towers.

The successful bidder will have to pay a minimum upfront premium of Rs. 10 crores and an annual concession fee to Maha Metro payable after the construction period. This will be a bidding parameter. The concession period is 60 years for both towers. This includes a construction period of 3 years from the date of signing of the letter of acceptance (LoA).

The tenders for the two projects are live on Maha Metro’s e-tender portal www.mahametrorail.etenders.in at serial numbers 263 and 264. The last dates for submission of bids are October 13 and October 14, 2021. 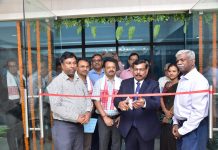 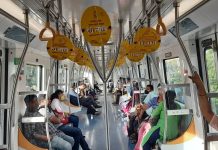 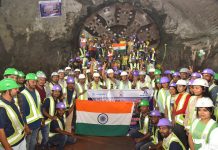