The Vistadome tourist special trains will be running between New Jalpaiguri and Alipurdar from tomorrow, i.e., 28th August 2021, according to the report of Northeast Frontier Railway (NFR).

These Vistadome special trains will be equipped with a display screen for commuter’s entertainment, automatic sliding doors, and a WIFI connection. In addition, the train will have a glass roof that will provide a 360-degree view of the open sky, greenery, bridge, hills, mountains etc.

The vistadome train will run every three days a week, i.e., Friday, Saturday, and Sunday.

Commuters can book tickets through PRS or IRCTC web portal. The fare for the vistadome new Jalpaiguri journey to Alipurduar junction will be around Rs. 900 one way. The A/C chair car and non-A/C chair car fare price would be Rs. 410 and Rs. 85, respectively. 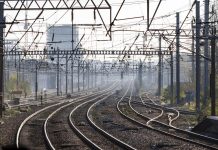