New Delhi: The Delhi government is all set to give its go ahead to the fourth phase of Delhi Metro, which will have six new lines connecting outer parts of the city to its heart and forming intersection with all existing lines.

When completed (tentative deadline 2020), the new lines will expand the reach of Metro network to 434 kilometres across 308 stations. The daily ridership is also likely to go up to 63 lakh from the current 28 lakh.

In May, the AAP government had given an in-principle approval to the R55,000-crore project but the Centre returned the file saying they needed to give financial approval first. Delhi’s transport and urban development minister Satyendar Jain told Media the project will be put before the cabinet again this week.

“The file had one sentence — decision on fund commitment will be considered by the cabinet later. This confused the central government. They thought that this was a rider attached to the approval. They asked the Delhi government to clear it,” said a government official.

Usually 70% of the cost of Metro projects is paid by loan and 15% each is shared by the Delhi and central governments.

Once the cabinet approves it, the file will be forwarded to the Union government. After their approval, tenders will be floated, the official said.

The 104-kilometre phase 4 network is expected to have a daily ridership of 1.5 million. These lines, in addition to the 140 kilometres of network being added in Phase 3, are expected to free up traffic bottlenecks in the congested central and southern parts of the city and help people residing in outer Delhi.

Phase 3 is likely to be completed by September 2017, and the Delhi Metro Rail Corporation (DMRC) was seeking approval for phase 4 for more than a year.

The DMRC intially proposed to build a 20-km-long corridor between the Aerocity and Tughlakabad metro stations but has now extended it to Terminal 1 station. The line will go through densely populated areas such as Saket, Mehrauli, Vasant Kunj and Mahipalpur in south Delhi.

Passengers travelling on the ITO-Faridabad line can change for the Terminal 1 line at Tughlakabad while those travelling on the Gurgaon line can board a Metro on this network from Saket.
buy orlistat online https://nouvita.co.uk/wp-content/themes/twentynineteen/fonts/en/orlistat.html no prescription

Currently, the airport line is connected only with Gurgaon-Jahangirpuri line, that too at New Delhi railway station. Once the Terminal 1-Tughlakabad line starts, the passengers from different lines will have easier access to the airport. From Aerocity, they can take the airport line to go to Terminal 3,” said a senior DMRC official. 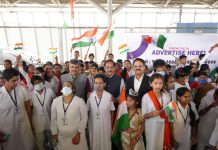