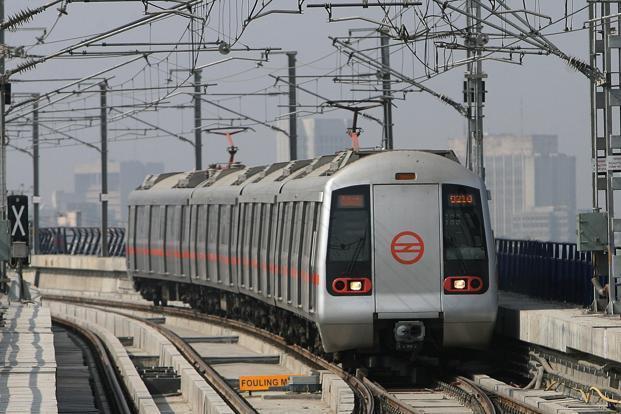 Delhi (Metro Rail News): The services were delayed for a few minutes on Thursday, in Red Line from Shaheed Sthal towards Dilshad Garden, said the Delhi Metro Rail Corporation (DMRC).

DMRC later tweeted to say that the services have resumed on the line and cause of the delay is not found yet as other lines of the Delhi Metro operated normally.

The Red Line, one of the six lines of the Delhi Metro, connects Rithala in Delhi to Ghaziabad’s Shahid Sthal. The entirely elevated line has 29 stations cover 34.4 kilometers.

The Red Line interchanges with the Yellow Line and Violet Line at Kashmere Gate and the Green Line at Inderlok. Red line is the most heavily used metro by the commuters, as it acts as a link for those, who reside in West and North Delhi, to travel towards East Delhi.

Red Line was the first line of the Delhi Metro to be constructed and opened. First Segment of the red line  was constructed from Tis Hazari to Shahdara and opened on 25 December 2002. The Strategy worked in favour of DMRC. As part of Phase III plan, an eastward extension of 9.5  km from Dilshad Garden to Ghaziabad ISBT (New Bus Stand) which was approved by the DMRC and the government in January 2014.

Construction began in early 2015 and commercial operations started on 8 March 2019, thereby providing commuters another link to travel to Ghaziabad, as opposed to the Blue Line branch, that connects to Vaishali in Ghaziabad.

Delhi Metro keeps in mind the safety and security of Women Passengers. Delhi Metro has reserved a car, especially for lady passengers. In Yellow, Blue, Green, Violet, Pink & Magenta lines the first car of a train in moving direction is reserved for ladies and the common earmarked car in both direction movements in Redline. To indicate the area of the platform where the reserved car normally stops Signages have been provided.

Delhi Metro has made certain provisions for the safe and convenient travelling experience for Women Passengers,

Delhi metro has provided parking lots for the passengers travelling in metro to park their two wheeler or Four Wheeler at station and use metro service. The parking lots have been outsourced to the contractors who are solely responsible for the safety and security of all the vehicles parked in parking lot and is liable to pay compensation in case of theft of vehicles or damage to vehicles.