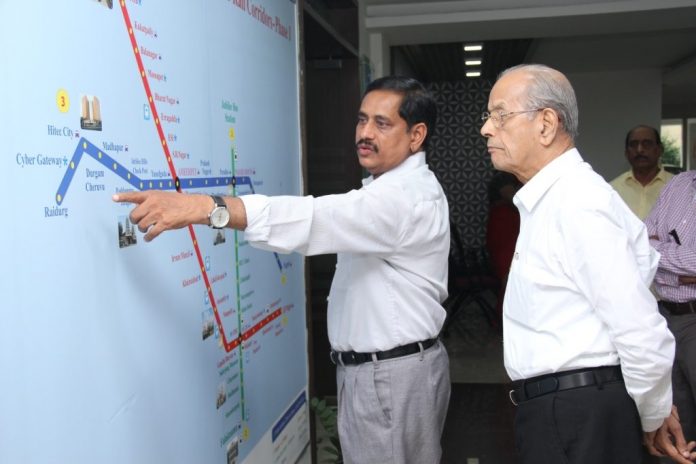 Feeling nostalgic about how he groomed NVS Reddy as a young officer in Konkan Railway and how initially the Detailed Project Report (DPR) was prepared for only two Metro Rail corridors in Hyderabad, Dr Sreedharan stated that he was very happy that the Hyderabad Metro Rail project is getting ready for inauguration soon.

Explaining the inclusion of the third corridor, the additions made to the original two corridors and how the project was brought to the present shape through sheer determination, perseverance and tactful handling of several sensitive issues, NVS Reddy expressed his gratitude to Dr Sreedharan for his rigorous training and grooming as a young officer in the tough Konkan Railway environment in the late 1980s.