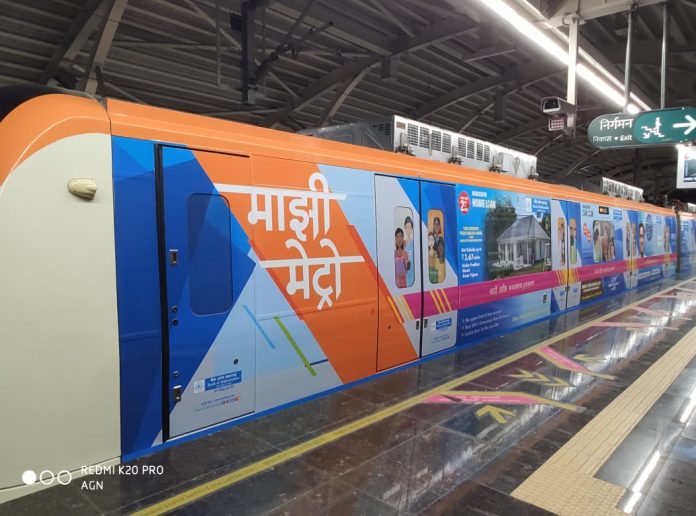 NAGPUR (Metro Rail News): The Maha Metro recently organised an international webinar on the subject “Business Opportunities with Nagpur Metro” on August 14. Maharashtra Metro Rail Corporation Limited (also known as Maha Metro) proposed in the event that it is targeting to generate 60% its Non-Fare Box revenue from Nagpur Metro.

The webinar, organised in partnership with The Indus Entrepreneurs, unveiled various business prospects offered by the metro corporation. It also included advertising and branding opportunities.

Nagpur Metro is the 13th metro system in India which was inaugurated for public on March 8 last year, with the Orange Line. Nagpur Metro is offering advertising and branding opportunities inside stations, train wraps, co-branding and semi-naming rights for five years duration with a minimum area of 100 square meters and maximum area of 500 square meters. The corporation also permits digital LED, LCD and video walls with an increase in bid price by 1.5 times.

Explaining the opportunities for entrepreneur, Director (Strategic Planning), Maha Metro, Ramnath Subramaniam said, “The central location of Nagpur is set to be a logistics hub. It is right time for the entrepreneurs to take advantage of the opportunities offered by the Maha Metro. The Mumbai-Nagpur Expressway is also expected to increase business prospects.”

“Any city’s economic growth happens with its infrastructure development. Nagpur metro rail is a state-of-art project that offers premium inventory space for advertising in the city. With increased footfall, the metro will become a significant destination to target the captive audience. With metro advertising, early investors can create monopoly and become game changers,” said an NRI entrepreneur.